Ms. Synthia Shilling aka Kucner the former Chief Human Resources Officer reported to Anne Arundel County Detention Center on September 7, 2012 and served time for her bad behavior.  Ms. Shilling who pled guilty for driving under the influence, will spent the rest her 58 days of suspended jail time at home. She also faces one (1) year probation.  Ms. Shilling who has had a history of other offenses dating back to 1980’s cried like a baby in the court room on August 27, 2012. In order to get a lesser sentence, she told the judge about her father who passed away a week earlier. But the Maryland judge did not want to hear it because she has had four drunk driving records.  As we have said before, the legal department led by Mr. Roger Thomas and previously deputized by Synthia Shilling is truly the epic center for corruption in the whole of PGCPS.   Stay tuned here, we will bring you more updates as the story develops.

(Read more) concerning  Dr. William Hite who resigned this summer and who nominated previous chief and others who tried to destroy our school system for their own selfish motives.  Without mentioning names  “these fake and hypocritical reformists who use empty rhetoric to woo votes but do not care about the true taste of our county school system must be rejected on Tuesday, November 6, 2012 election. It’s time! 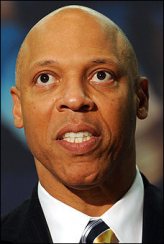