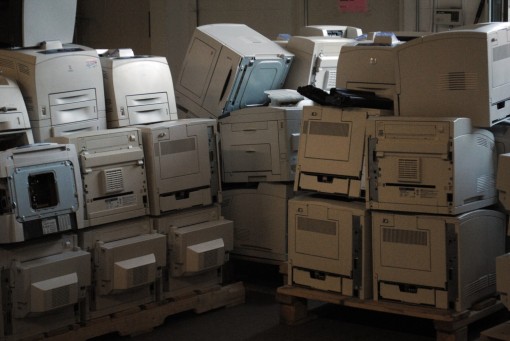 OVETTA WIGGINS
SEPTEMBER 29, 2014
Prince George’s County has significantly reduced the number of printers in its public schools this year, leading teachers to complain that they are losing instructional and planning time because they have to go to the main office to make copies. They also said they often end up waiting in long lines behind other teachers and have dealt with far more machine malfunctions.

“Many of our members have had concerns,” said Theresa Dudley, a sixth-grade teacher at Benjamin Tasker Middle School in Bowie and vice president of the Prince George’s County Educators’ Association.

School officials said they are trying to address teachers’ concerns as they reduce the number of printers as part of cost-saving efforts across the district.  >>>> Read more  Washington Post