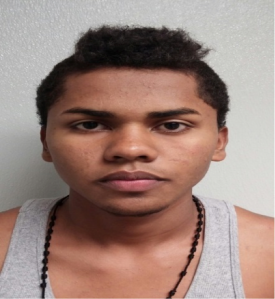 CLINTON, Md. (WJLA) – A person walking in a Clinton park found the body of a teenage boy Wednesday afternoon and police said three other teens were later arrested for his murder.

Prince George’s County Police announced the arrests Thursday of three boys – ages 15,16 and 17 – for what they said was a gang-related slaying.

The body of the victim – identified as 17-year-old Israel Salvador Alas of Clinton – was found about 1 p.m. Wednesday in Tanglewood Park next to a baseball field.

“Kids play over there in the park, and for something like this to happen – it’s just crazy,” said Mike Kelly, one of a handful of residents who live directly across from the park.

Police said the suspects, 15-year-old Blas Rosales-Cordona, 16-year-old Marco Matute and 16-year-old Ever Lopez, all of Temple Hills, were all being charged as adults with first-degree murder.

The suspects stabbed the victim believing he was involved in a rival gang, authorities said.

Investigators were at the park until late into the night Tuesday using a hi-tech forensic scanner to gather evidence.

Detectives weren’t yet saying what clues they had found, but noted that the murder case was an unusual one.

Although there is no evidence connecting Alas with a gang, the PGPD’s preliminary investigation reveals that the three teenagers stabbed him for thinking he was involved with a rival gang.

Anyone with information on this case should call the Prince George’s County Police Department’s Homicide Unit at 301-772-4925. To remain anonymous, callers can dial Crime Solvers at 1-866-411-TIPS (8477), text “PGPD plus your message” to CRIMES (274637), or submit the information online.

As stated on our November 21, 2014 blog, the “State of Prince George’s County” has hundreds of parents and teens calling for change with the top leadership at Sasscer Administrative offices in Upper Marlboro. The Prince Georges’ County Public Schools (PGCPS) unflinching commitment to conduct that antagonizes the rightfully prevailing winds of wisdom and decency ensures a dark chapter in this country’s history of education.

With so many deaths still on the hearts and minds of many in the county and now another death at Cross land High School, hundreds of parents have been demanding change due to corruption currently in progress under Dr. Maxwell as a result of mismanagement of public funds in variety of ways including unjustified high salaries. As exhibited through a sample of videos PGCPS students involved in after school fights, what happened to Alas could have been prevented. In many schools within the county,  the problem continues to sprawl out of control, some resulting in death as shown above. Many Principals in PGCPS are under pressure not to speak about these issues which raises suspicion.

What happened in the six flags recently with fights everywhere is just a tip of the iceberg of what is going on in PGCPS. As mentioned, these fights end up resulting in deadly outcomes. As stated previously, We can do better than this.

On another note, PGCPS has started a survey to try and cover up the Maladministration of Board counsel Abbey Hairston. See the survey here ~> PGCPS Survey. The survey according to our own considered opinion is the result of outright fraud or a rigged evaluation system designed to produce desired results and cover up architect of Maladministration in PGCPS. A proper PGCPS  sponsored survey if well carried out by a neutral party can come to a different conclusion that, the pillars of democracy in Prince George’s County and within the schools are weak and, as a result, electoral manipulation and fraud are being used to truncate the popular mandate and wishes of the people in the county. What happened to the Prince George’s County central democratic committee when County Executive engaged them to vote for certain candidates over others was an example of illegal interference with the process of election that interferes with the mandate of the people. We must say “No” to this unethical practice now and in the future. 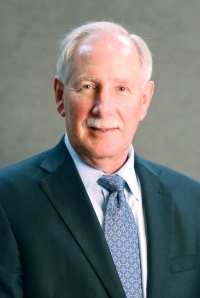 Dr. Kevin Maxwell seemed like a good fit in the very beginning but has proved himself to be something else. He is clearly being used by Mr. Rushern Baker regime and others for selfish motives including for high salaries at the expense of poor children and for improper influence within PGCPS District. Every time he gets criticized for making mistakes, the county leadership or some other external forces promotes him for some kind of an award to confuse the public everything is ok.  In the meantime, kids are suffering through endless fights and everything is being kept hush hush as scandals swell.  Is the high salaries being paid to these gentlemen worth it?  Where is the outrage? 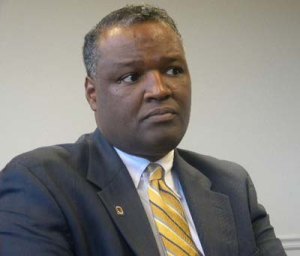 Rushern Baker III Current County Executive for Prince George’s county – Appears to be driving corruption to new heights. The Rushern Baker regime does not seem to see the obvious conflicts of interests surrounding epicenter of corruption at Sasscer – Upper Marlboro! ….Why can’t they see? Because they are or appear to be part of it….