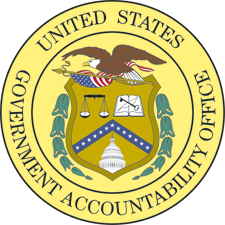 Impact of corruption is very hard on public life not only in Prince George’s County, but many places around the world.

The effect of corruption has many dimensions related to political, economic, social and environmental effects.  In political sphere, corruption impedes democracy and the rule of law. In a democratic system, public institutions and offices may lose their legitimacy when they misuse their power for private interest. Corruption may also result in negative consequences such as encoring cynicism and reducing interest of political participation , political instability , reducing political competition, reducing the transparency of political decision making, distorting political development and sustaining political activity based on patronage, clientelism and money, etc.

In our society, the impact of corruption is often manifested through political intolerance, problems of accountability and transparency to the public, low level of democratic culture, principles of consultation and participation dialogue among others.

The economic effects of corruption can be categorized as minor and major. However, both in one way or the other have serious impact on the individual community and country. First and foremost, corruption leads to the depletion of national wealth. It is often responsible for increased costs of goods and services, the funneling of scarce public resources to uneconomic high profile projects at the expense of the much needed projects such as schools, hospitals and roads, or the supply of potable water, diversion and misallocation of resources, conversion of public wealth to private and personal property, inflation, imbalanced economic development, weakling work ethics and professionalism, hindrance of the development of fair in market structures and unhealthy competition there by deterring competition. Large scale corruption hurts the economy and impoverishes entire population.

In Social sphere, corruption discourages people to work together for the common good. Frustration and general apathy among the public result in a weak civil society. Demanding and paying bribes becomes the tradition. It also results in social inequality and widened gap between the rich and poor, civil strive, increased poverty and lack of basic needs like food, water and drugs, jealousy and hatred and insecurity.

Closer home, the people involved in corruption seem to be hiding themselves by blaming others. Even they are proud of themselves as they appear to have made more money in short time.

To worsen the condition further, those involved in corruption in PGCPS are able to get better promotions and opportunities.

PGCPS Senior staff including several Board of Education members appear to have developed an opinion that, it is the only way to get their work done. If not, the work will be pending for long or even might not be done.

Below is an account by a staff member who shared her views through our blogs anonymously. We hope you will get a better picture.

In regards to Government Accountability office (GAO), Please don’t miss the big picture here. It was the GAO that discovered the fraud in PGCPS and Not the Director of Food Services, that is, Ms. Shorter or a member of her staff?? So they where totally unaware?? NOT POSSIBLE!! For anyone who has applied for this benefit, your income must be proven with documentation. Does this administration expect that we (the public) are to believe, that NO ONE on Ms. Shorter’s staff recognized Lynette Mundey name? Not even her Supervisor or Chief?? You do know, they attend Board meetings right?

Well, No, it is part of the on-going corruption that has been embedded in our Prince George’s County school system and the fear of retaliation for reporting illegal acts that did not stop her fraud by someone inside the system. People who have been with this system for a while, have witnessed the firing of whistle blowers or anyone who impacts the illegal activities which our executives and Board members are openly engaging in, every single day. When you start impacting the packing of their pockets and purses, then they make sure, you have got to go!! People, we have need to stop living in fear, as it is the destruction of our children. They are the ones that suffer!

There is absolutely “no shame in the administration’s game” as they openly participate in such crimes as, bid rigging and price fixing; extortion of funds from MBEs; black balling of vendors not willing to participate in fraud; withholding payments from vendors when they fail to comply with scope changes without compensation; sole sourcing; over ordering equipment (computers, AC Units, Fans) and supplies that accidentally on purpose disappear, then sold on the street; and how about their favorite, put bids on the street, knowing full well they have already selected their vendor.
PGCPS has become the best kept secret for Board Members and criminals needing to supplement their income through kickbacks and procurement violations; gain power of name recognition while collecting a check and destroying the future of our children.
CEO Dr. Maxwell has packed Sasscer with a bunch of heavy staff titles that fail to hold the educational qualifications to move our district forward. Yet he is consolidating schools, over packing class rooms, cutting specialist like counselors, reading specialist and teachers aides. These so called cabinet members all make over $100K per year, some have earned large bonuses, including the Chief who is responsible for the oversight of the department supervising the volunteer. For each one Sasscer staff hired by Dr Kevin Maxwell, PGCPS could have put 3 or 3 resources back at the school level. Even more concerning, not only does the Elected School Board know these positions are a waste of tax payers money, they no longer have the power to vote on these new positions. In most cases,  they sit back and remain quiet, allowing the firing of those who speak out or attempt to stop illegal activities including waste and destruction at the school base level.
We are sure it will make a real difference if Dr. Charlene Dukes was out of the equation. People will speak out to help fix the problems knowing that they will be protected for exposing the illegal activities.
PGCPS management has established a culture of “be part of the corruption or ignore your lying eyes, lest you be destroyed!!” Think about it, how does the illegal activities continue through multiple Superintendents, if it is not engraved in the culture with protection from outside the system? Not to mention the Unions, we are forced to pay dues to, when they conspire with the Administration to get rid of whistle blowers and allow Human Resources and Labor Relations to ignore basic policies and guidelines.
Everyone employee that pays into a Union, should demand that they produce the number of cases brought to them over the last 3 – 5 years and how many individuals have retained their jobs! We  would bet, majority of the individuals that should have never made it to HR are no longer with the system. The Administration lets our Unions know who they will screw over and they sit back and allow it. Then they say “you know its political.” Too many cases that a 1st year law student could have gotten thrown out were lost by our Unions. They are not that incompetent. Are they?
Finally, many of us believe there are some Board Members and even some Executives that have not totally sold their souls  to the devil but your continued willingness to “Look the Other Way” makes you just as guilty! Speak up before it hits the media. 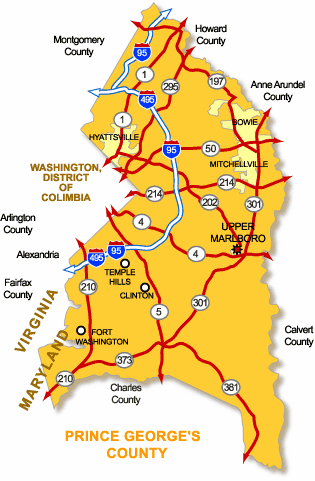