An administrator for Prince George’s County Public Schools is on administrative leave after he was accused of chasing a student and grabbing her because she allegedly threw garbage out of a school bus window and it hit his car.

“We expect all of our administrators to behave professionally, which is why we’re investigating,” PGCPS spokesman John White said.

A source with knowledge of the investigation told News4 that on Friday, Dec. 1 a student at Wise High School in Upper Marlboro was headed to school on a bus when she threw some trash, possibly an empty potato chip bag, out of a window.

Fossett happened to be driving behind the bus. The trash hit his car, White said school officials were told.
Once the bus got to the school, Fossett got on board and yelled at the students, the source said.

The teen who allegedly littered got so upset that she jumped off the bus and started running to the school.
Fossett then chased her, and the student said he grabbed her by the arm, the source said. He denied that he grabbed her, according to the source.

White declined to comment on the specific charges and said an investigation is underway. 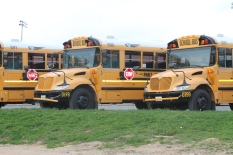 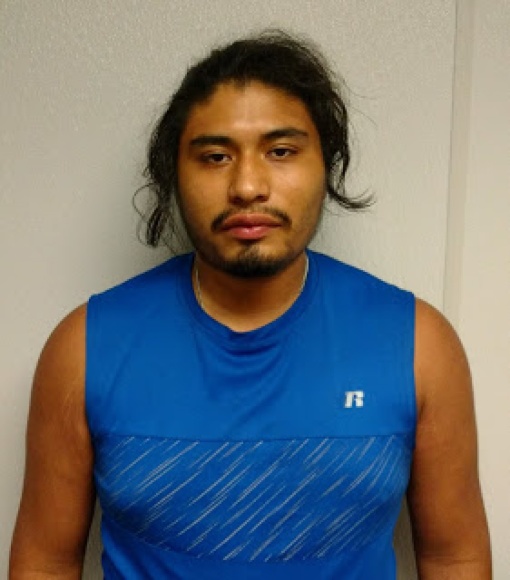 By Victoria St. Martin and Jasper Scherer September 28 at 5:56 PM
Authorities have arrested a 17-year-old in the shooting death of his teenage friend in Prince George’s County.

Erik Steve Lopez, of Webster Street in Landover Hills, was charged with manslaughter. He is being charged as an adult.

Police said the shooting happened about 8 p.m. Sept. 22 in the 4200 block of 58th Avenue in Bladensburg. When Bladensburg officers arrived at the scene, they found Diego Gomez-Martinez, 16, suffering from a graze to his forearm and a gunshot wound to his abdomen, according to Prince George’s police, whose homicide unit is investigating.

Breaking news about public safety in and around D.C.

At the time of the shooting, Gomez-Martinez told authorities that he had accidentally shot himself while “playing with the gun,” according to court documents.

He died several hours later at a hospital, police said. Gomez-Martinez was a 10th-grader at Bladensburg High School.

Investigators determined that Gomez-Martinez was right-handed and could not have shot himself, the court document said.

A witness later told authorities that a gunshot went off that night, and Lopez was seen holding a handgun while sitting to the right of Gomez-Martinez, police said in a court filing.

The witness went to sleep and was soon awakened by a gunshot, investigators said. After spotting Lopez sitting near Gomez-Martinez, the witness said Lopez put the handgun in a black bookbag and fled the apartment, according to the document.

Attempts to reach Lopez’s relatives for comment at an address listed for him in the court filing were not successful Wednesday.

Rafael Lopez, Gomez-Martinez’s stepfather, said Wednesday that he was surprised when he learned that his stepson had been with someone handling a gun. He said had never seen Gomez-Martinez with a gun or heard his stepson mention using guns.

The stepfather also said he never saw Gomez-Martinez spending time with Lopez and did not know of any connection between the two. He said Gomez-Martinez enjoyed playing basketball. 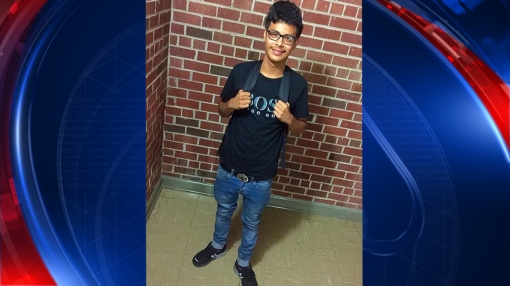 Diego Gomez-Martinez was found inside an apartment shot once in the lower body and died several hours later at a nearby hospital. Friends say a number of teens were playing video games when the gun went off.  Erik Lopez was charged in the killing of his friend

Sen. Nancy King, D-Montgomery, the sponsor of the Senate companion bill she will introduce shortly to scrap the test

Emergency legislation to stop Maryland from administering a federally mandated student assessment test was introduced Thursday in the House of Delegates with strong bipartisan sponsorship.

The Maryland Student Assessment test (MSA) is slated to be phased out after this year, when it will be administered once more this spring. But the test is considered outdated because it doesn’t test for what students are learning in classrooms this year under the state’s new Common Core education curriculum.

“The MSA tests students on material they aren’t being taught, and takes away valuable teaching time to do it,” said Del. Eric Luedtke, D-Montgomery, the lead sponsor of the House bill. “It’s testing for the sake of testing, and we should not be giving it.”

The bill, which has 10 co-sponsors, including five Republicans, would require the state to request a waiver from the U.S. Department of Education  (DOE) to excuse Maryland from administering the MSA test this year. It costs the state $6 million to give the test.

The Maryland State Education Association (MSEA), a union which represents 71,000 public education employees across the state, asked the state education department to obtain such a waiver, but state officials said DOE offers no such waiver.

Dr. Lillian Lowery Embattled State Superintendent is currently presiding over deep-seated corruption in Maryland school system. She has demonstrated a culture of discrimination and racism while on the job.