ANNAPOLIS, Md. – Maryland Gov. Larry Hogan provided insight Wednesday on a second state investigation into Prince George’s County Public Schools – saying this one could look at whether laws were broken.

The first state audit, done by an independent consulting firm, revealed grade manipulation and students graduating who shouldn’t have. But it did not dig into the root cause of the problems.

A month ago, the Maryland State Board of Education voted to do a second audit, but gave few details about the scope.

“They want to do another investigation,” Hogan said regarding the board. “They think that there is wrongdoing that hasn’t been addressed.”

Hogan has said he believes there could be criminal conduct that was going on in the school system. While the first audit did not find indicators that the head of schools or his staff directed employees to change grades to graduate more students, this second audit could go deeper. Hogan said investigators will have to “follow the facts where they lead.”

“In Baltimore County as an example, just recently in the same timeframe, we have the former superintendent now going to jail on multiple charges,” Hogan said. “We have other people who have just been indicted on additional charges. So it hasn’t reached that point yet in Prince George’s County, but it could.”

Prince George’s County Executive Rushern Baker has continued to back Maxwell and laughed at the governor’s suggestion of criminal behavior in the school system.

“[Hogan] knows if there is anything criminal going on anywhere in the state, his first obligation is to go to the attorney general,” Baker said. “So I’m not going to acknowledge that.”

He went on to say, “He is every other day saying the same thing and that is calling for a report of Prince George’s County. He’s running around like a chicken without a head on.”

Baker claims the governor’s criticisms are about politics. Both men want to be governor of Maryland come next year.

“[Hogan] hasn’t engaged with our superintendent, he hasn’t sat down with his principals or teachers,” Baker said. “Yes, as governor of Maryland, that is what you should have been doing. But on the eve of the election, poll numbers dropping, all the sudden he has found religion.”

When asked about Baker’s argument that his criticisms are political, Hogan pointed to anger from Prince George’s County lawmakers, teachers and the local chapter of the NAACP.

“To say that somehow I’m politically motivated and I control all these folks, it’s just silly,” said Hogan. “It’s just more excuses and more hiding and trying to deflect blame. There is real wrongdoing and it didn’t start because he decided to run for governor. It started when they covered up the grades.”

It is still unclear when the second state audit will begin. The governor has allocated $1.5 million for the audit – three times what was spent on the first one.

Via FOX 5’s coverage on the Prince George’s County 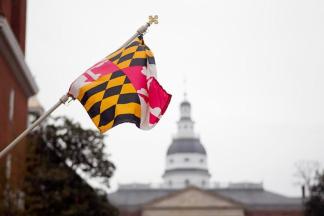