On Monday June 22, 2015 in Washington, the Association of Haitian Professionals (AHP) called for a meeting followed by a march to the Embassy of the Dominican Republic  to demand an end to the deportations and expulsions taking place in the Dominican Republic, as a result of a 2013 ruling by Dominican Courts that stripped citizenship from an estimated 200,000 Dominicans of Haitian descent.

The AHP claims there is increasing anti-Haitian sentiment in the Dominican Republic resulting from violence against anyone with “Haitian facial features” – citing the example of the lynching of Henry “Tulile” Jean Claude in February 2015.

“Tulile”, a shoe-shiner, was found hanging in a Santiago public square on February 10, 2015, his hands and feet bound. The lynching, which was widely condemned, was blamed on a group of Dominican nationalists who had called for the deportation of Haitians living in their country and burned a Haitian flag on February 9, 2015.

According to Washington Post, in fiery and exuberant speeches, speakers with bullhorns denounced the Dominican policy as ethnic cleansing and racist suppression. Some evoked the 1937 massacre of tens of thousands of dark or “Haitian-looking” inhabitants ordered by Dominican dictator Rafael Trujillo. Among the speakers in the rally was  Hon. Denita Veras, a Dominican-born member of the Prince George’s County Council who denounced the new nationality policy as “state-sanctioned social cleansing.” Victor R. Ramirez (D-Prince George’s), a Maryland state senator born in El Salvador also attended the rally.

Without further ado, we present to you the March to the Dominican Republic Embassy in Pictures! 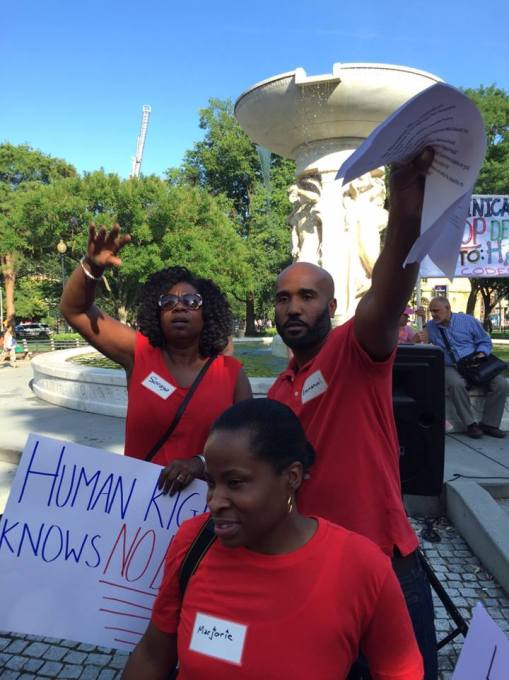 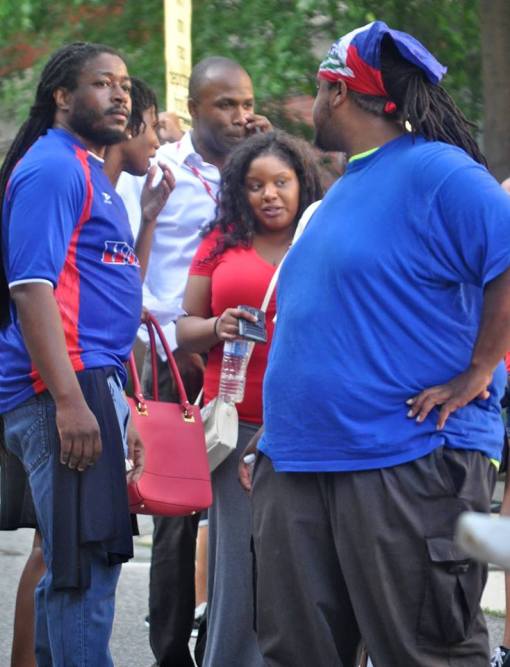 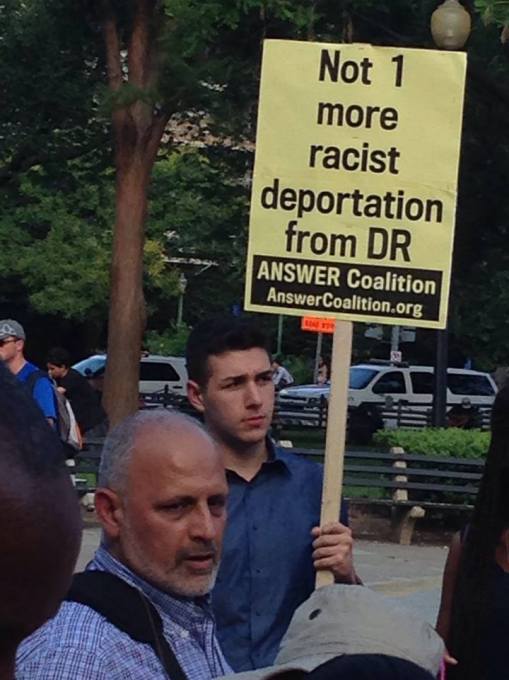 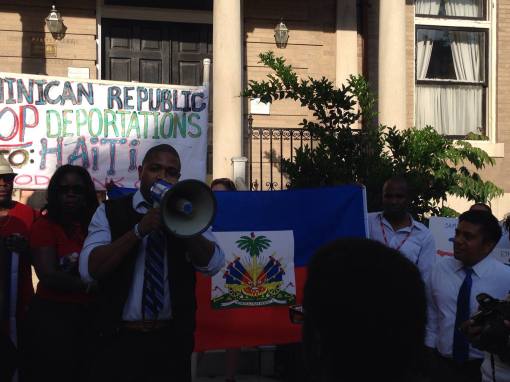 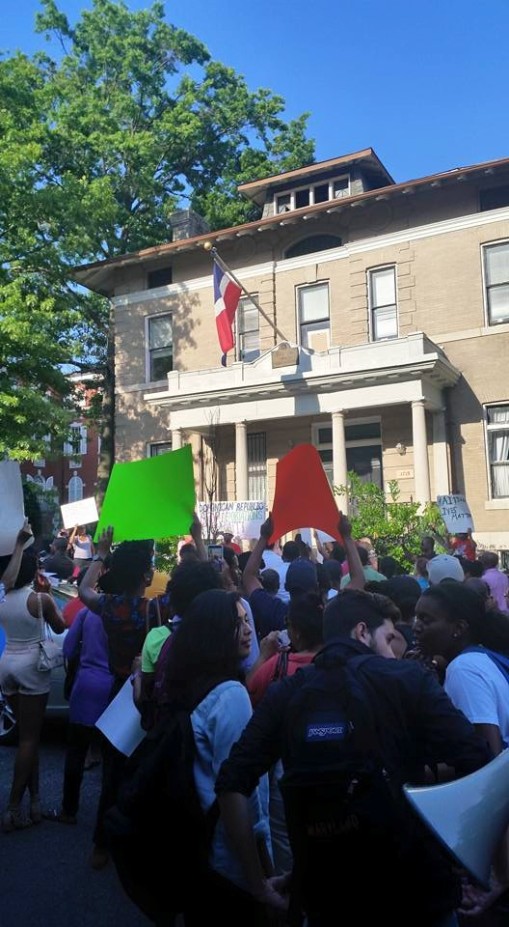 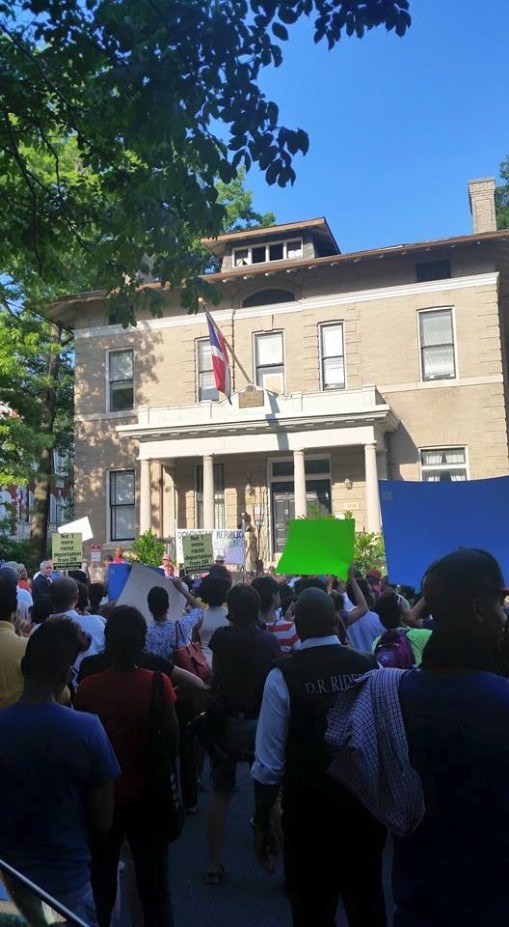 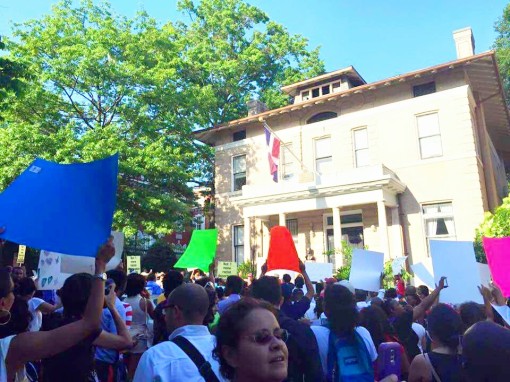 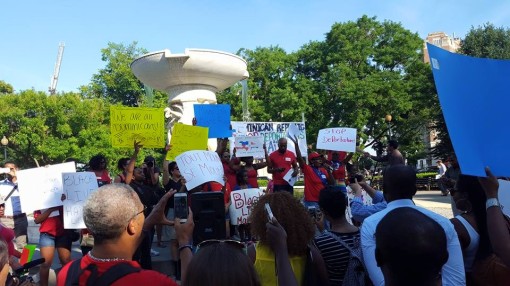 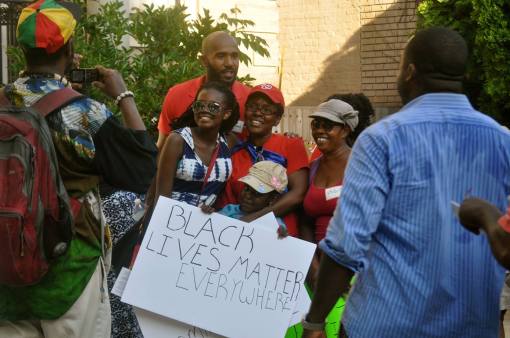 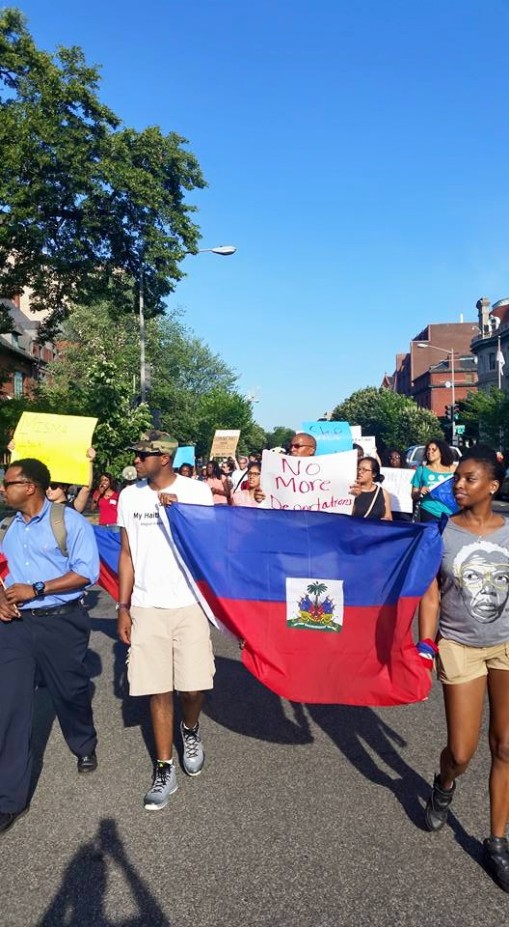 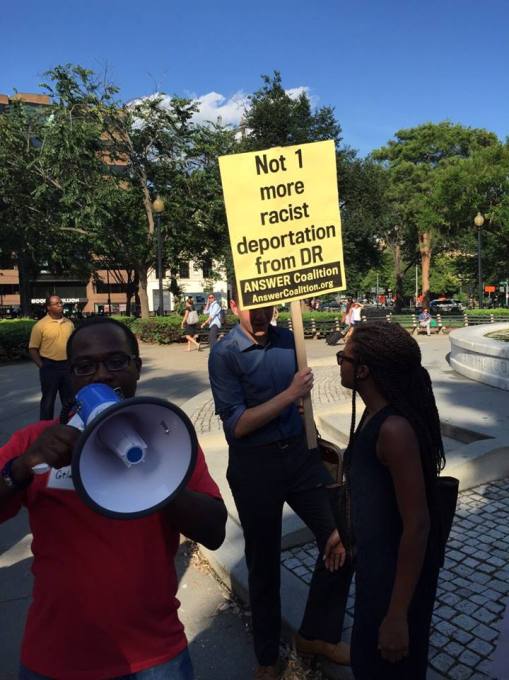 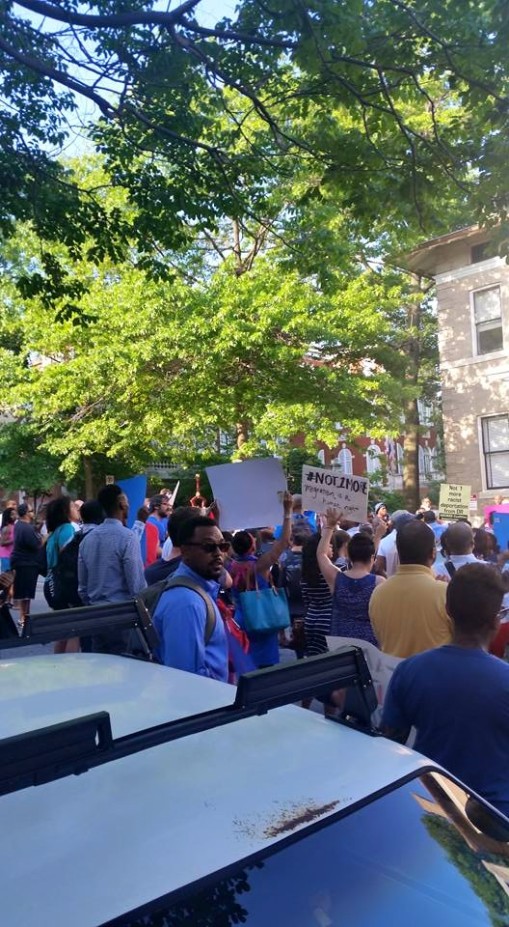 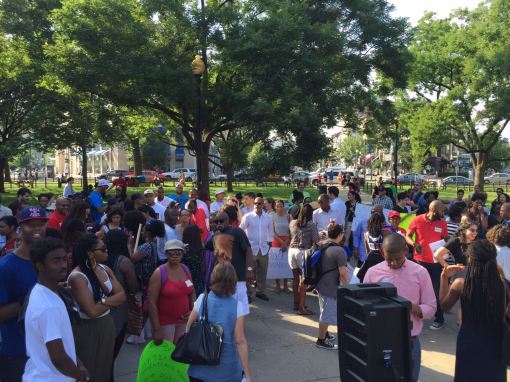 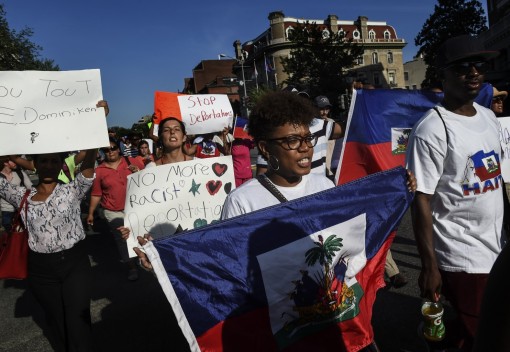 Join the Association of Haitian Professionals (AHP) & other concerned organizations to march to the Dominican Republic Embassy in Washington, DC on Monday, June 22nd, 2015. The event will begin with a rally at Dupont Circle at 5:30pm followed by the march to the embassy. They are calling for individuals and concerned organizations to march in solidarity to speak out against this injustice and crime against human rights in the Dominican Republic.

The 2013 ruling (TC 168-13) suddenly stripped over 200,000 Dominicans of Haitian descent of their citizenship going back as far as 1929. This ruling violates the DR’s own constitution at the time as well as international human rights conventions. Now, the DR is enforcing this law with forced deportations and expulsions.

Together, our voices will express opposition to this gross violation of human rights happening in the DR right now! Please join on Monday, June 22nd, 2015 as hundreds gather to protest against this injustice. Please bring signs and share this information. For more information, contact Victoire Dorélus, PR Officer at 202.207.4739 or info@haitianprofessionals.org 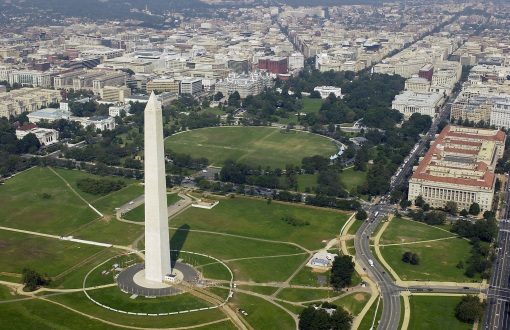