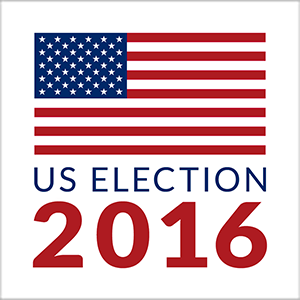 Vote NO on ALL Ballot Questions

PG-Politics recommends a NO vote on ALL ballot questions.

All of the county-specific questions will increase the cost of county government and increase the “structural deficit” that our greedy elected officials are using as an excuse for raising taxes.  Some of the questions will primarily benefit special interest groups, not the public at large.

The one state question could prevent the Governor from appointing the best qualified replacement in the event of an Attorney General or Comptroller vacancy.

In addition to the direct costs shown in the ballot language, these bond issues will obligate the county to pay an undisclosed amount of money for an undisclosed period in interest and other debt service related costs.

Thus, planning to spend even more money is both irresponsible and almost certainly preliminary to yet another attempt to circumvent the will of the people and raise taxes.

Question F is especially bad!  It would transfer transfer over $120 million plus ongoing interest, fees, and rents from the taxpayer to Rushern Baker’s development cronies to pay for moving county offices out of county-owned buildings in Upper Marlboro into totally unnecessary leased space in Largo.  It is little more than welfare for wealthy special interests who finance political campaigns.

And there is no real guarantee that the proceeds from any of the bond issues will actually be spent as promised.  Our elected officials have repeatedly misled us about how money will be spent–remember that the lottery was sold to us with the promise that it would fund schools, not stadiums for wealthy sport moguls.  And a number of our elected officials, including Rushern Baker, have lied to us about TRIM and raising taxes.  They have earned out distrust.

Question D is another payoff for special interests.  Adding to the county council would cost the county well over a million dollars a year, adding even more to the “structural deficit” at a time when the county claims it is too poor to fully staff police district VII.

Note that the supporters funding a yes vote on Question D are primarily wealthy special interests who see it as an easy way to buy more elected officials.

And although the Prince George’s County Democratic Central Committee voted against supporting Question D, many candidate committees are sponsoring a dishonest “2016 Democratic Sample Ballot” telling people to vote for the question.  I have listed some of the campaigns promoting this dishonest sample ballot in another posting.

You might want to ask your council members why providing more opportunities for career politicians to feed at the public trough is a higher priority than public safety and to whom the new at-large members will really owe their primary allegiance.

Question G is partly an admission of failure and partly welfare for lawyers.  County officials want to be able to spend tax money, again increasing the “structural deficit,” and their claimed need for higher taxes, on outside lawyers. Their claim seems to be that outside lawyers are necessary when the council and executive disagree on legal issues, but there is no explanation of why county lawyers cannot br=e trusted to interpret the law.  The state Attorney General is authorized and staffed to settle any such disputes with spending county money on outside lawyer.  And there is no accountability here–this question would essentially give the council and executive a blank check for welfare payments to lawyer cronies.

A vote for any of the county questions is a vote for higher deficits and higher taxes.

A vote for Questions D, F, or G is also a vote to reward or subsidize cronies and other special interests.

Vote NO on ALL ballot questions