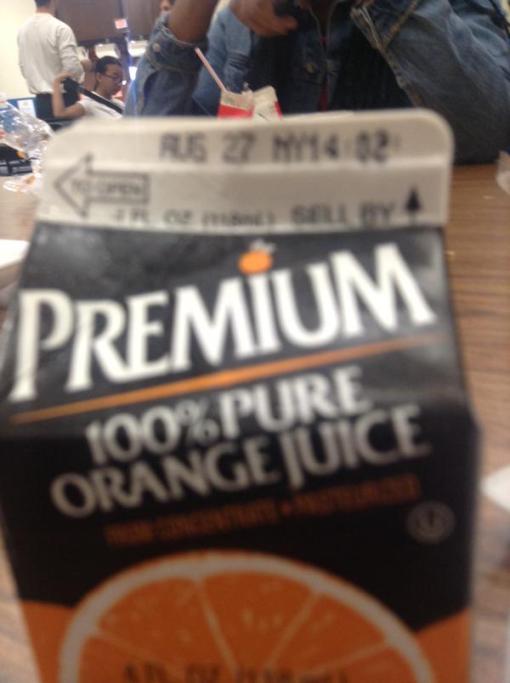 The “can’t fix, won’t play by the rules” mantra by the PGCPS regime in response to the original tweet and the food did not come from their schools despite a tweet from a student on August 28th, 2015. (See below). The tweet shows an expired juice being served to the students.

This approach of misleading and falsifying information to the public rubbishes those who take care of our poor children in public schools every day, and also depicts a regime that is fully committed to the return of the imperial superintendency that caused this county so much pain and damage over the years.

So much so, that eliminating this sort of superintendency was the major reason for the demands for a new constitution for county schools in Maryland General assembly through HB1107.

In their press release, Their conclusion was that none of those pictures came out of a Prince George’s County school cafeteria. They said they know this because some of the trays, food items and milk brands aren’t stocked here.

And yes, while it is not as simple as re-allocating funds after the budget has been passed, a gesture of goodwill to engage the law makers, teachers, students, bus drivers, civil society etc in discussions on how, and when, these problems could resolved would be a healthy sign of good faith and respect.

This year the regime requested more millions for schools, an increase of several millions over the previous year and yet, they are in trouble accounting for simple things like good food for the students within the schools. This is the highest rise for schools in the region and one of the highest in the world.