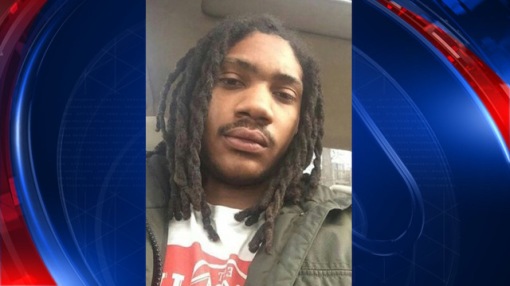 A 19-year-old Prince George’s County teenager was killed Thursday morning and another man was taken into custody following an officer-involved shooting in Capitol Heights.

Prince George’s County police said they responded at around 8 a.m. to Byers Street when two officers were sent to check on a report of a suspicious vehicle.

Police found two men sleeping inside. Terrence Thomas Jr. was in the driver’s seat and a second older man was in the front passenger seat when police arrived to check out the car.

The police chief said the officer on the driver’s side of the vehicle fired two shots, which appear to have gone through the windshield.

Police released photographs on social media of a handgun on the floorboard of the driver’s side of the car, and a long gun, which was taken from the car and laid out on the street.

Update: 1 of 2 weapons recovered from the suspect's car. pic.twitter.com/j7rKqrpMUk

This is the 2nd of 2 weapons recovered from suspect's car. pic.twitter.com/cQXFEaNwyt

Stawinski said officers immediately took the passenger into custody and began CPR on Thomas. He also said the vehicle the officers walked up on was one they had been looking for.

“This vehicle does match a description for a vehicle that we believe to be involved in some robberies and shootings in this vicinity,” Stawinski said. “That is not for certain, but that is one of the investigative leads we are currently, actively working on for you.”

The shooting took place just a few blocks from Thomas’ home. He was well known here in this neighborhood.

“Everybody knew him, he was funny, he stayed around here laughing,” said Darnell Bell. “He was a serious dude, but he was also a funny dude too.”

Bell said Thomas was all about looking out for his family and friends.

But according to online court records, Thomas has recently been in trouble with the law. He pleaded guilty to a drug charge and had an upcoming court date on a gun charge. He had also been convicted on an assault charge in D.C. He went on trial and was found guilty. The judge in that case sentenced him to 180 days in jail, but all of those days were suspended.

“I just want to say that I’m very proud of our officers this morning,” said Stawinski. “Under tremendously stressful conditions, they responded well, they were measured in their response.”