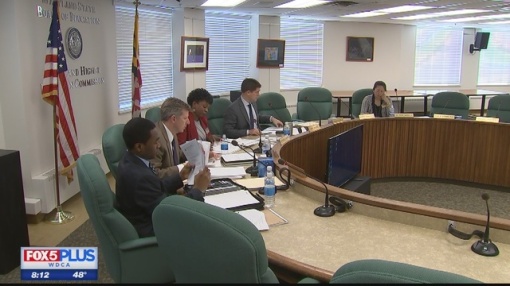 UPPER MARLBORO, Md. – The Maryland State Board of Education voted Tuesday to install a full-time state employee in Prince George’s County Public Schools to monitor the school system and ensure policies are being followed. It comes after a troubling state audit found evidence of grade-fixing and that nearly 30 percent of students in a sample group did not have records to show they earned a diploma.

The state board also voted to do a second audit of Prince George’s County Public Schools and said they want answers to specific questions that remain about the audit results.

Before the vote, the board was given a letter from Prince George’s County school board members Edward Burroughs, David Murray and Raaheela Ahmed, who continue to say not only did the school district’s central office know students were graduating who shouldn’t have been, but there was direction to graduate students by any means to boost the graduation rate.

In the letter, the board members mention what they say is evidence, including an internal school district audit done in 2016 that showed it had been determined back then students were graduating without meeting requirements. The audit only became public when FOX 5 reported on it last month.

They also quoted the teacher’s union president who said at a recent board meeting that DuVal High School guidance counselors accused of violating policies related to grading and graduation policies were following directions from the central office.

“Let’s be real about it. The three school guidance counselors at DuVal High School were thrown under the bus, placed on administrative leave, publicly admonished and then their emails cut off because there was evidence in those emails saying that their directives came from the central office,” Prince George’s County Educators’ Association president Theresa Dudley told the board.

While FOX 5 has not seen emails to guidance counselors, we have obtained emails sent to an assistant principal who, like the counselors, has been removed from her position.

Prince George’s County school board member Edward Burroughs said he had hoped the state would consider information that has been uncovered since the audit and further investigate.

“It looks like they want to move forward and forget the past, which is unfortunate,” he said. “But what I will say – I think it’s absolutely embarrassing the fact that out of the 24 jurisdictions in Maryland, Prince George’s County is the only one that has state oversight at this point.

Dr. Salmon declined to speak to FOX 5 about her recommendations Tuesday. 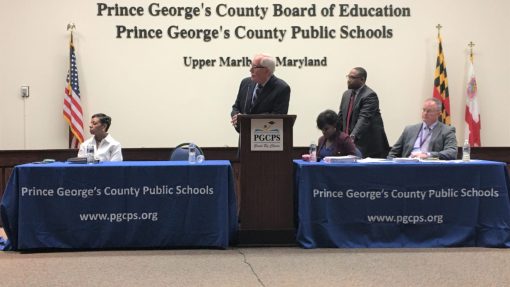