Judges who preside over criminal cases in Baltimore say they won’t attend a meeting that Gov. Larry Hogan (shown here in this picture) has called about the city’s record violence.

In a positive note in Maryland, Governor Larry Hogan has called on State Judges to attend a meeting to discuss high crime in Baltimore City. The city has experienced a record violence never seen before in recent times. There has been 224 dead so far this year. Violent crime is up 15 percent year over year.

The refusal for Judges to attend has been widely condemned as unacceptable in many areas in Maryland. In recent times, Baltimore city Judges awarded several lawyers who engaged in an organized schemes in Maryland and elsewhere by dismissing cases brought against corrupt lawyers in Maryland and elsewhere which is an ongoing issue in the state. What the Judges do not seem to get is that, crime in Baltimore city has major ties to other parts of the state such as Prince George’s County, Montgomery county and elsewhere. We will be publishing the latest on appeals here in this blog. So stay tuned. Members of the public must demand investigations of major crimes currently in progress in Maryland.

Once again the Governor seem to have heard our cries over the years. Public corruption in Maryland is destroying schools and families in Maryland. Baltimore Sun Reports:

Judges who preside over criminal cases in Baltimore say they won’t attend a meeting that Gov. Larry Hogan has called about the city’s record violence — a refusal the governor promptly criticized as “unacceptable.”

“It would be disappointing, and frankly, unacceptable for these judicial members … to refuse to participate at what is a critically important moment for Baltimore City,” Hogan wrote to Maryland’s chief judge on Thursday.

Earlier this month, Hogan called for a meeting with city officials who work in criminal justice — including judges, prosecutors and politicians — to have a “frank and honest discussion” about what can be done to address the “tragic and disturbing violence being experienced in Baltimore City.”

Hogan said he was concerned that 60 percent of gun offenders convicted in Baltimore have more than half their sentences suspended — a frequent complaint expressed by police.

“I’m going to ask the judges directly, ‘What does it take to get these repeat violent offenders off the streets?’ ” the Republican governor said.

Baltimore is facing its highest homicide rate on record , with more than 224 dead so far this year. Violent crime is up 15 percent year over year.

The meeting Hogan sought with members of the Baltimore City Criminal Justice Coordinating Council is set to take place at 11:30 a.m. Aug. 29 at the governor’s Baltimore office at 6 St. Paul St.

But in a letter to the governor released Thursday, Maryland Chief Judge Mary Ellen Barbera told the governor that three Baltimore judges who sit on the council — Circuit Judges W. Michel Pierson and Charles Peters and District Judge Barbara Baer Waxman — would not attend next week’s meeting.

“I would have preferred to speak with you in person about the limitations imposed by ethical constrains on members of the judiciary, hence my telephone call to you last Friday,” Barbera wrote. “As we have not had the opportunity to speak and in light of the rapid pace of developments in Baltimore City, I must respond to your invitation of behalf of the members of the judiciary who sit on the Baltimore City Criminal Justice Coordinating Council.”

Barbera then cited a Maryland rule that governs how judges must behave: “[a] judge shall not be swayed by public clamor or fear of criticism.”

“Given such limitations, participation by members of the judicial branch in the meeting you are hosting on August 29 would be inappropriate,” she said.

Hogan responded by noting that the judges sit on the council and have attended its meetings in the past.

Members of the coordinating council include representatives of the mayor’s office, the Baltimore Circuit Court and the City Council, as well as prison officials, prosecutors and police. The city State’s Attorney will attend the meeting, her spokeswoman said.

The governor also is a member but often sends a representative.

“The judges’ decision to not attend this Council meeting on which they serve is unfortunate and misguided,” the governor wrote. “Why would these members of the Council representing the court system refuse to attend? My hope is that you will reverse this regrettable decision and encourage the judges to attend and participate in the meeting.”

Baltimore Mayor Catherine Pugh said she, too, would like to hear from judges directly about their views on sentencing gun offenders.

“My understanding is they’re suspending sentences,” she said. “I think there needs to be a discussion with the judges about the amount of gun offenders who get suspended sentences in Baltimore City.”

But lawyer Andrew I. Alperstein, a former Baltimore prosecutor who is now in private practice, said it’s critical that judges maintain their independence from the political branches of government.

“The judges are not political, and it’s critical that they be perceived as apolitical,” he said.

Another issue is whether the governor’s meeting will be open to the public. The council meets monthly, and its meetings typically are open.

Hogan, however, plans to close the meeting to the public and news media, according to his spokeswoman Amelia Chasse, in order to facilitate a “frank, open and very serious discussion about Baltimore violent crime, including high-level security and judicial issues.”

Maryland law requires public bodies to allow people to observe their discussions when a quorum of that body is discussing the public’s business. But, according to the Maryland attorney general’s office, the Baltimore City Criminal Justice Coordinating Council does not fall under the definition of a public body.

However, a memorandum of understanding that created the council says its meetings “shall be open to the public.”

While the governor can facilitate discussion, he does not have authority over most of the people expected to attend the meeting. 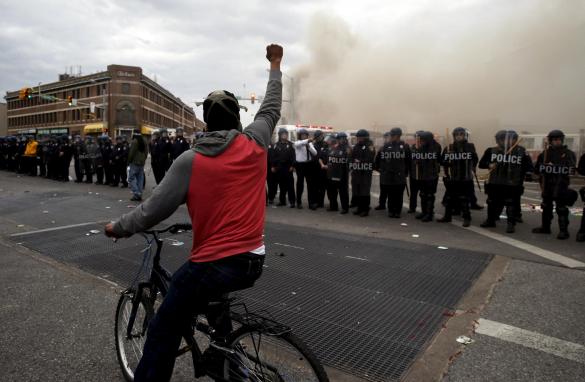 A protestor on a bicycle thrusts his fist in the air next to a line of police, in front of a burning CVS drug store, during clashes in Baltimore, Maryland April 27, 2015. Maryland Governor Larry Hogan declared a state of emergency and activated the National guard then. Crime has since gone up in the city since then. 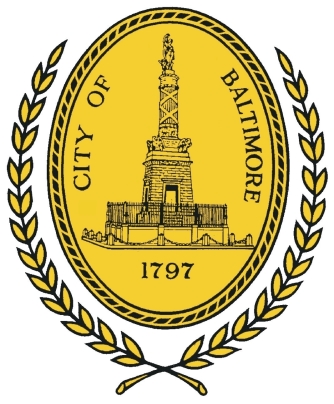 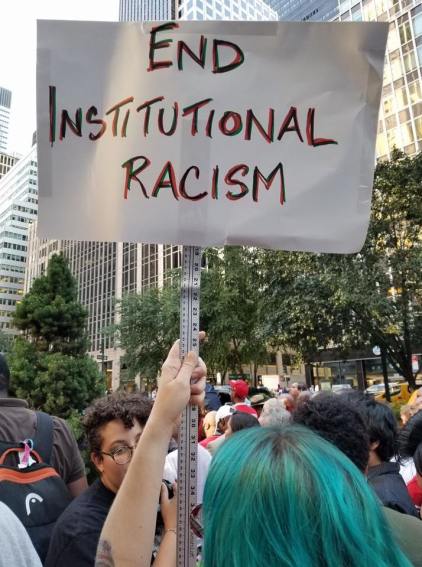