First, there were millions of “official Democratic sample ballots” mailed out in different parts of the state of Maryland a few days before the primary election on June 26th, 2018. Prince George’s County became the epicenter of the latest shenanigan to dupe voters. The voters armed with filled in ballots walked to the polls equipped with the flyers already filled with answers as if candidates highlighted in the flyer were the “real democratic candidates” which created voter confusion.

“Many voters were tricked into believing the certain candidates were no longer Democrats, no longer running, or running for different positions. This practice was created to confuse voters into believing that certain candidates were supported by the Democratic party when all candidates are Democrats in a Democratic Primary,” stated  Wala Blegay in a petition to the Maryland Democratic Party. This was not the first time this happened and included members of the Board of Education which is supposed to be non partisan.

So during the primary campaign, the Democratic Central Committee (DCC) allowed for “Official Democratic Ballots” to be put out without any statement to the voters that it was not from the Democratic Party in Maryland. As seen here in the picture above, someone with the DCC Official Badge (Ms. Faye Martin Howell) was seen passing out or facilitating those “official ballots” which undermined other Democratic political candidates in Prince George’s county.

However, after the election there was a Democratic Unity Breakfast under Black caucus Foundation in Greenbelt Maryland which was held on July 7. It was organized by Delegate Darryl Barnes. Democratic Unity Rally is set for July 18 at the Prince George’s County Educators’ Association (PGCEA) HQ. (See flyer below). The unity Rally invitation was mailed  under the authority of DCC treasurer Ms. Faye Martin Howell who was caught facilitating the scheme.  Unity Unity Unity as the party wants victimized citizenry to believe in the fraudulent system of governance through flawed elections… This is wrong on so many levels. “The Unofficial Official Sample Ballot…SMH. DCC is suppose to lead by example, but we know it’s politics as usual! Who holds them accountable is the question? We need integrity, character, and ethics to lead in these efforts as well as those positions that have a direct and indirect relationship with DCC, ” stated Albert Slocum on Facebook.

“We have a lot of work to do to educate the electorate and to break down biases,” said Attorney ‘Sadé Oshinubi. “The democratic central committee also has a role to play in all of this,” She added.

Even democratic central committee members admitting to agreeing to be on these fake sample ballots so who will check the people who are supposed to be checking the perpetrators?! “A citizen filing grievances to the Maryland Democratic Party at this time is like a goat filing grievances in front of a clan of hyenas. Obviously, the democratic party is not going to punish itself. Instead, they might eat you a live for dinner,” said Moses Otieno.

“We screwed yall over even though you’re part of our party, but can yall forget that now that ya’ll’ve lost and we unite? Unity! Don’t let the “others” tear us apart! Unity!” “Foolishness,” said Janna Parker on Facebook.

The party should not be involved in purposely confusing Democratic voters. It is time for this practice to end. Sign this petition to ensure that we protect our community from misleading information. 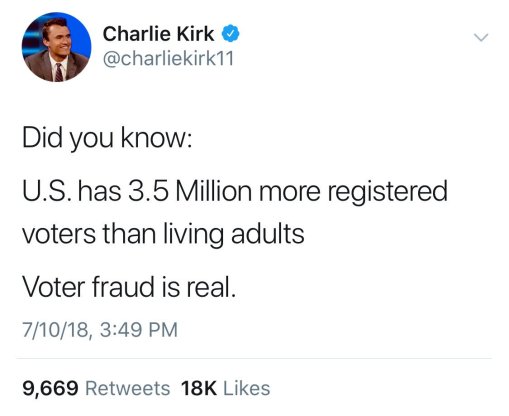