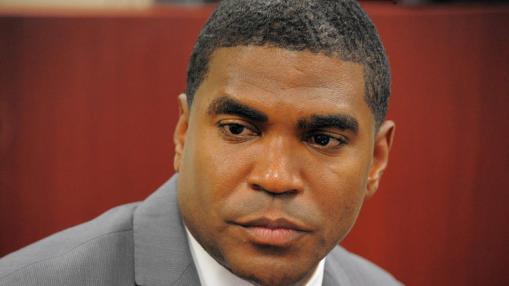 Baltimore County schools Superintendent Dallas Dance has agreed to report the pay he receives as an adjunct professor after an ethics panel found he had violated financial disclosure rules.

William Groth, a former school system employee who sought to have Dance investigated over a variety of allegations, brought a complaint to the county school board’s ethics review panel last spring.

School board member Ann Miller, who voted this year against renewing Dance’s contract, said she filed the paperwork on Groth’s behalf. She said she is sympathetic to his viewpoint.

“I shared many of the concerns,” Miller said. “There were things that I had been raising to the board prior to that.”

After months of investigation, the ethics panel concluded in October that Dance should have disclosed both his pay from the University of Richmond and also the fact that he had created a limited-liability corporation in 2012.

The school board will not make the panel’s report public, President Charles McDaniels said. But the board did release its opinion, in which it called for Dance to make the adjustments to his financial disclosure forms.

“There was nothing material or significant that came out of that investigation,” McDaniels said. The “majority of the board is not concerned about it.”

Dance had disclosed to the board that he has taught an online course called the Foundations of Education at the University of Richmond since 2008. He said the university paid him $17,812 last year to teach the courses. He said he spends about four hours on Sunday afternoons on the teaching job.

The ethics panel said Dance erred in not disclosing in 2012 that he had set up a consulting company called Deliberate Excellence Consulting LLC. He began reporting it on the forms in 2013.

The LLC is not doing any business and has had no income, Dance said, but he wants to keep the name. He said he set it up so that the University of Richmond could pay the LLC rather than him directly, but it never ended up being used for that purpose.

The private university in Virginia does not do business with the Baltimore County school system.

Dance said he did not report his adjunct pay because “it is not clear on the financial disclosure forms where that would go. I have no problem reporting it.”

The superintendent is now seeking to clarify whether other school system employees should report income from area universities and colleges.

A county principal might teach a class to future principals at Towson University, he said, or an administrator in the central office who specializes in math might teach a course on teaching math.

“I am sure there are hundreds of people in this boat,” Dance said.

Groth said he feels “some sense of vindication” in the findings, but “I would like to note that this is not the first time this has happened during Dr. Dance’s tenure.”

In 2014, Dance was found to have violated rules when he took a consulting job with a professional development company that did business with the school system.

“I am most concerned that this superintendent is responsible for a $1.8 billion budget and continues to raise ethics issues,” Groth said. “This fact, coupled with the grading policy debacle, the curriculum confusion, the expensive and as yet unproven STAT initiative, and the issue of teacher retention lead me to conclude that the real problem is this board of education.”

Miller, who became a member of the volunteer school board about a year ago, has voted against many of Dance’s initiatives. She declined to comment on the ethics findings.

“I am not sure if I can because I can’t talk about what is in the full report,” she said.