Auntie Darlene Sale was busted on camera using the N-word in a video which has gone viral on social media.

Tuesday November 13, 2018:  One of the media Specialist and a librarian at Prince George’s County Public Schools (PGCPS) based in Potomac Landing elementary school in Maryland is accused of using the n-word during an altercation in a Walmart parking lot in La Plata, Maryland. In a viral video posted on Facebook seen by PGCPS press, the woman has been identified as Darlene Sale, a 70-year-old employee of the Prince George’s County Public Schools district.

Auntie Sale has worked as a teacher, media specialist and librarian in Prince George’s and Charles counties for several decades. Sale’s status with the school district was not immediately known.  Sale could not be reached for comment by PGCPS press by the time of going to print.

After she was identified by members of the community as being the woman in the video, the school district issued a statement on social media saying, “PGCPS is aware of a video on social media involving an employee. We are working to address parent and community concerns. Diversity and tolerance are our core values. We expect all members of the PGCPS community — administrators, faculty, staff and students — to behave in a respectful manner.”

The video was posted to Facebook on Monday by Dawn Nichelle Lennon. “So while leaving the Walmart parking lot my husband was called The N Word, because he didn’t move out the parking spot the way she wanted him to. So you know me I chased her down and confronted her,” she said in the Facebook post.

You can watch the video below:

Lennon said on Facebook, “How dare she talk to my husband that way and in front of me and my children. The thing I thought was so profound is that she was proud of it and didn’t try to deny it. My house was burned down in 2004 by racist and now this!!! I’m so ashamed to live in a country that supports this type of hatred and bigotry.”

Lennon and her husband, Micah Lennon, could not be reached for comment by PGCPS press. She said on Facebook the incident happened at the Walmart in La Plata, Maryland.

According to the Prince George County Public Schools website, Darlene Sale is a media specialist at Potomac Landing Elementary School in Fort Washington, Maryland. She has worked as a teacher and librarian in the school district for several years. Court documents from a lawsuit filed regarding a labor issue show that Sale previously was a teacher and librarian in Charles County, dating back to the 1970s.

Sale is married with grown children and lives in Newburg, Maryland, according to her Facebook page. She is originally from Orlando, Florida, and graduated from Bangor Area Senior High School in Pennsylvania in 1966. She then graduated from Shippensburg University in 1970.

Lennon, 45, who also uses the name Dawn Tolson-Hightower, is a victim witness services coordinator at the U.S. Attorney’s Office in Washington D.C., according to her Linkedin profile. She has also worked as a management and program analyst with the Department of Homeland Security with the refugee affairs and international operations divisions.

Prince George’s County Public School system has been at the center of racist and discriminatory cases led by staff with outright racism and retaliation tendencies for many years now.  The latest episode comes after Deborah Hayes Toppins who engaged in a major conflict of interest involving the Principal Dwayne Jones at Laurel High School got promoted to security services as a supervisor to spy on employees after racist episodes at Laurel. Prince George’s County security services and PGCPS are being sued after major violation of rights involving employees due to these many illegal activities with ties to racism.

A new leader who is not bogged down with the local corrupt networks is required to help shape and salvage the sinking ship. Once identified, he or she will reunite the District in a fair way forward and help promote Family Unity of all races as we know it. 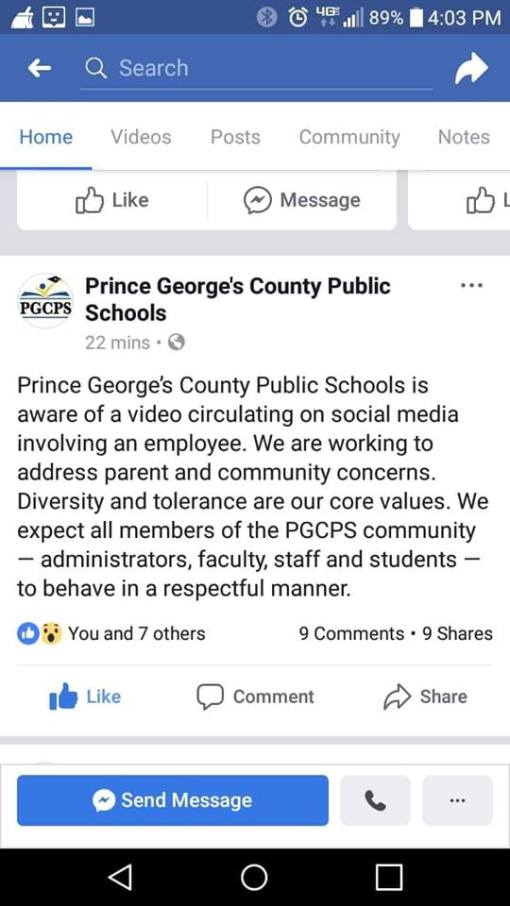 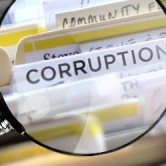