Maryland State Board of Education in meeting during a past session in Baltimore.

The state school board voted Tuesday to allow the appointment of non-educators to superintendent positions.

The new regulation passed despite significant protest by educators across the state, including the association representing local school boards.

Across the nation, it is not unusual for individuals with a track record of success in another field to take the helm of a school system. Most notably, Joel Klein, a lawyer, headed the New York City school district from 2002 to 2010.

The impetus for the change came last year, when members of the board set up a task force to look at creating a new regulation that would allow local school boards to go outside of the usual education circles and find an “exceptional” leader.

Maryland currently requires its superintendents to have specific academic credentials, as well as teaching and administrative experience.

The new regulations do not go as far as many board members would have liked.

“The board’s intention has been so watered down. We asked for a cake and you come in with a stale cookie,” said board member Chester Finn.

Finn said he doesn’t believe most people who are experts in their field would be willing to take on a superintendent’s job given the requirements in the first year.

After considerable opposition from teachers, local school boards and others in the education community, the staff proposed amendments that require any non-traditional candidate to be an interim superintendent for one year. During that interim period, the candidate must take six credits of graduate course work in public school administration, supervision, and methods of teaching.

A number of state school board members were opposed to the regulation. Michelle Guyton said she had discussed the issue with many people in the education community.

“I don’t think this is something that teachers and administrators are comfortable with,” she said.

The vote Tuesday allows the regulation to be published, and for the public to comment on it. A final vote will be taken at an upcoming meeting. 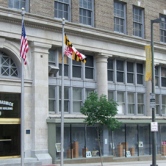