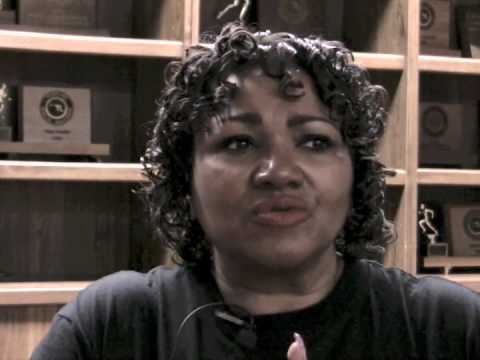 Principal Georgette Gregory is accused of an assault, hurling expletives, and yelling at a teacher in the school grounds at Ardmore Elementary School

June 25th, 2018 – Former Principal Georgette Gregory, of Prince George’s County Public School’s (PGCPS) Ardmore Elementary School who was accused on June 12th, 2018 of a deliberate assault on a teacher during recess on Tuesday, June 12, 2018, has been ordered by the court not to abuse and not to enter Residence. Following an assault which was widely reported on social media, former Principal Gregory is accused of beating up a teacher like a stray dog to the dismay of the students until spectators called the police and an ambulance.

According to the information received, following the assault, a hearing was held on June 15th, 2018 in Maryland District Court in Hyattsville. During the hearing, the court issued temporary peace orders instructing Principal Georgette Gregory, “Not Abuse, Not Contact, Not Enter Residence”. The final peace order by the court was issued on June 22nd, 2018 which will remain in force until December 22, 2018. (See below) 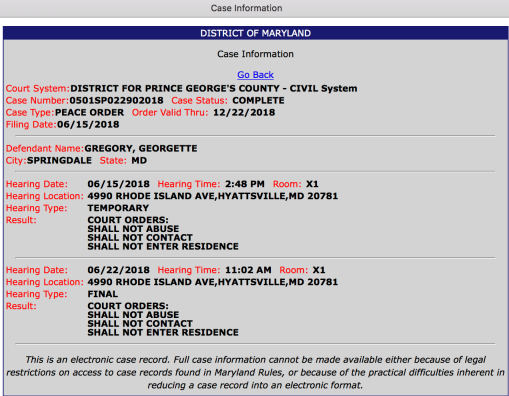 There have been numerous concerns regarding the widespread shenanigans of Prince George’s County administrators. The issues have always been cover-ups and a bandage to the problems rather than addressing the underlying grievances.

Corruption erodes trust in public institutions and democracy, as it: undermines our internal market; hampers foreign investment; costs taxpayers millions; and in many cases, helps organized crime groups carry out their dirty work. This instance and the response of the PGCEA highlight that individuals without a sound education are like society without a sense of direction.

The stark difference between the 84 executives hired by Dr. Maxwell and the 20 executives hired by Former Superintendent Dr. Hornsby raises serious concerns. Dr. Maxwell and his cronies, including the Thatcher Law Firm in Greenbelt, “carry water” and the Union lawyers for the current executives, who have been robbing the County blind. Additionally, there are allegations that some of the attorneys at PGCPS Sasscer have not yet passed the bar, but still get paid to sit around.

Corruption flourishes when someone has monopoly power over a good or service, has the discretion to decide how much you get or whether you get any at all, and where transparency and accountability are lacking. So, to fight corruption, we must reduce monopoly and discretion, and increase transparency in several ways.

Enhancing accountability means many things, and creative leaders use a remarkable variety of methods. One way to improve accountability is to improve the measurement of performance. Leaders can work with their employees and clients to create new systems for measuring the performance of agencies and offices—and then link rewards to results.

Accountability is also increased by inviting outside agencies to audit, monitor, and evaluate.

What about ethics and morality? Successful leaders set a good example. They often create training programs for employees and citizens. The keys are systems that provide better incentives for imperfect humans to perform in the public’s interest—and to avoid corruption.

When corruption has become systemic, it resembles organized crime. It has its own parallel system of recruitment and hierarchy, of rewards and punishments, and of contracts and enforcement. This parallel system contains inherent weaknesses. For example, bribery and extortion are not legal in any country of the world. Therefore, they must be kept (somewhat) secret. The money gained must be hidden. One cannot openly recruit new members. The mechanisms for enforcement are illicit.

How can these corrupt systems be subverted? Obviously we cannot count on members of organized crime to clean themselves. Instead, we must analyze the corrupt systems and ask, “How might they be destabilized?” Who is “we”? It can be a new president and his or her administration, or a new mayor, or a leader of a public enterprise; but it can also be you and me as members of civil society. Around the world, we see new examples of: citizen activism; business groups entering into “integrity pacts”; and intellectuals, journalists, and religious leaders going beyond lectures and sermons to analyze corrupt systems and work together to subvert them.

By asking Rushern Baker III, to solve their Education problems, Prince George’s County and Maryland leaders should know that it’s like telling the hyena to help search for your stray sheep in the forest! Many in the County leadership can not learn a thing. They lack common sense, human dignity, are corrupt or driven by the desire for free cash whose source is unknown!