David Jeffery Grogan was busted after he first denied for engaging in a domestic violence in 2012.

One of the major candidates David Jeffery Grogan running for Prince George’s County Sheriff office has been busted for engaging in domestic violence in Maryland. This comes after he denied the allegations several times on facebook only to be presented with evidence and make a u-turn.

David Jeffery Grogan running for Prince George’s County Sheriff denied repeatedly during a facebook discussion. “Who?“, “Wrong Dave Grogan! Never heard of such nonsense! Who is someone?“, Mr. Grogan paused on Facebook. After the discussion became heated, he begun to delete posts which he did not like to shield the truth from coming out.  In addition to the above,  as the discussion was ongoing, Mr. Grogan begun to block off people on the social media as well who were unfavorable of him including Janna Parker. (See Facebook screenshots and video analysis below).

Mr. David Grogan who is a childhood friend of Mr. Calvin Hawkins (a convicted robber) who is running for at large seat both appear not to have all their cards on the table. According to people familiar with the situation, there is an appearance, they have wowed another of their friends to run for various political offices as part of a scheme to manage public resources any how they want. The reactions were swift on facebook with users expressing displeasure.

Mr. David Grogan (Center) who is a childhood friend for Mr. Calvin Hawkins (Left) are running for public offices in Prince George’s County. Both men have a checkered past with women which they continue to deny. 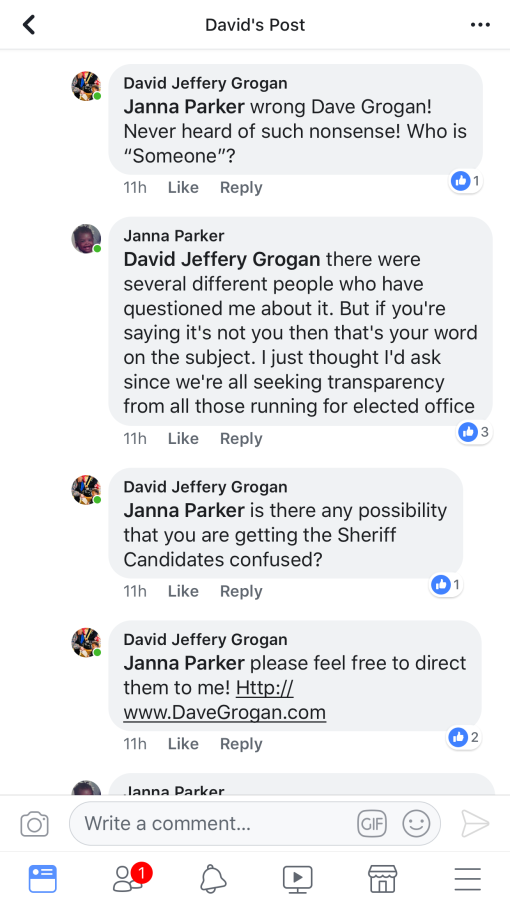 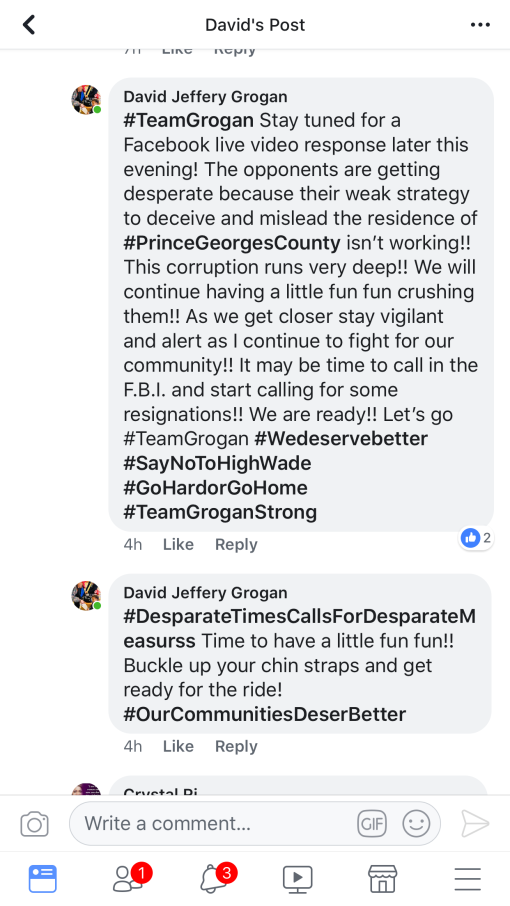 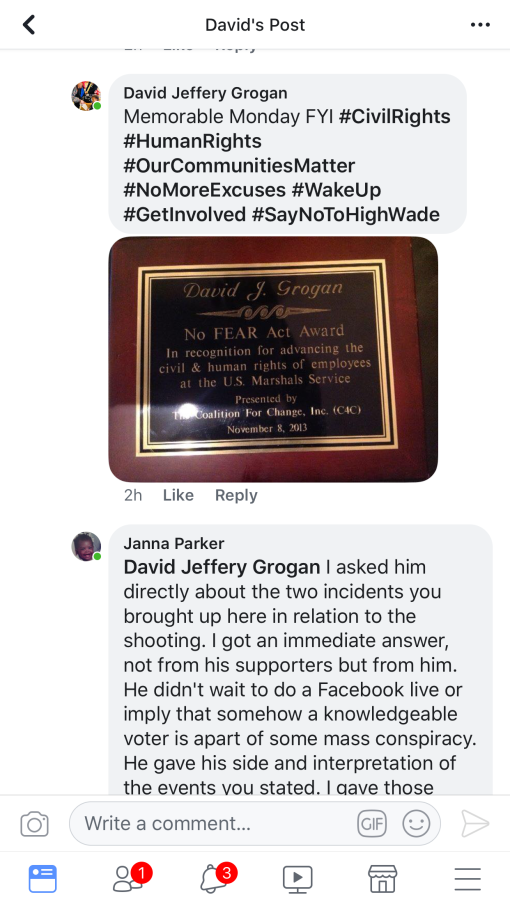 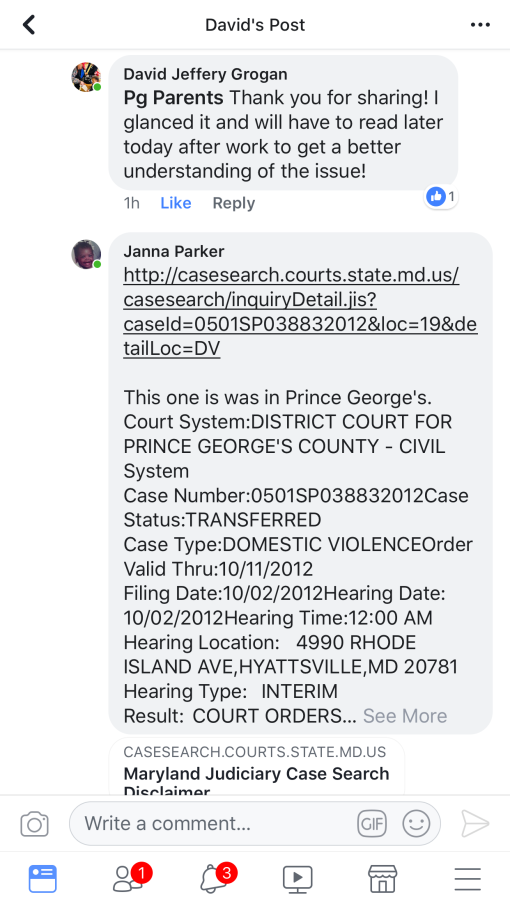