Thursday, April 19, 2018 – Here are a series of posts by Julian Lopez attacking County Council members Karen Toles and Mel Franklin, badly for mismanaging public funds. The ongoing malfaisances in Prince George’s County are partly transacted through Washington DC as part of an organized scheme currently in progress in Maryland under Rushern Baker regime.

In a series of posts on Facebook, this blog reached out directly to both Karen Toles and Mel Franklin. They have failed to respond. (Read more >>County Council Members sent more than $5M in government grants to a “Foundation” in Washington DC – corruption Scheme.)

However, under direct attack by Mr. Lopez who is running for the Prince George’s County at large seat, Mr. Mel Franlin responded and gave wild responses which calls for more answers. A lady by the name Ms. Jacobs from the Suitland area is alleged to have received a kickback to keep everything under the table. During the debate in Drew freeman Middle school last evening (April 18th, 2018), she was seen stonewalling the issue from being discussed.

There are concerns that, this might be a money laundering scheme involving an out of state entity to the detriment of the county citizenry.  That, some of the  county council members have been part of unjust enrichment going on for many years and simply want to stay in the county council to continue the unethical practice. 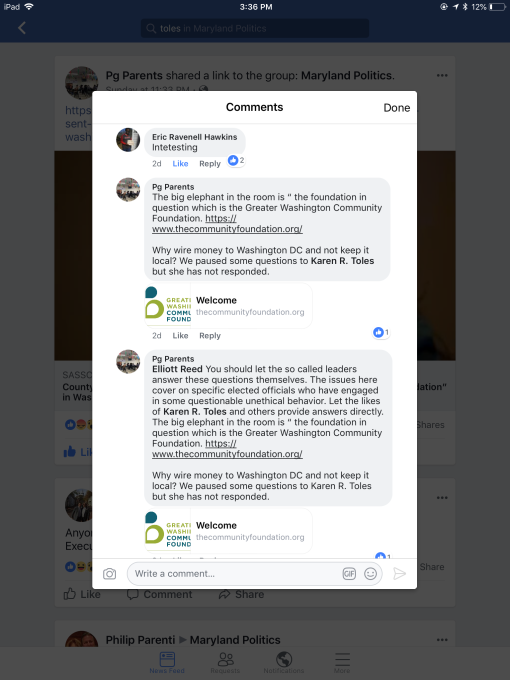