A view of the Maryland State House in Annapolis. (Patrick Semansky/AP)

Sex education classes in Maryland would have to include instruction on consent under a bill that is moving through the General Assembly, a measure an advocate called “one of the most important things that we can do to prevent college sexual assaults.”

Under the measure, middle and high school students would learn what consent means and about how to respect personal boundaries.

“If we wait to teach them about consent when they are a freshman in college, it’s already too late,” said Lisae C. Jordan, director of the Maryland Coalition Against Sexual Assault.

The Senate on Friday advanced the bill, which is expected to receive final approval next week.

At least two dozen states this year are considering legislation that would incorporate sexual-violence prevention into middle and high school curriculums, or sooner.

“It is time to come up with some solutions to proactively address [sexual harassment] at age-appropriate levels,” said Sen. Craig Zucker (D-Montgomery), the Senate sponsor. “This is a common-sense piece of legislation that takes important steps in educating future generations . . . on the understanding of consent.”

The vote on the consent bill came as the 90-day legislative session moves into the final stretch with several high-stakes bills left to consider, including a $5 billion incentive package to lure Amazon to Maryland, a controversial measure to address the violence in Baltimore, a bill to diversify the ownership licenses in the medical marijuana industry and a package of bills to deal with school safety.

The General Assembly adjourns on April 9.

Del. Ariana Kelly (D-Montgomery), who sponsored the consent bill in the House, is also awaiting action on a bill that overhauls how the state legislature deals with sexual harassment.

The Senate Rules Committee, which will decide whether the bill on preventing sexual harassment moves forward, heard testimony on Friday from Kelly about the measure, which is a top priority of the Women Legislators of Maryland caucus.

The committee decided not to vote.

“We’re going to hold it so that everybody can look at the bill, ” Sen. James E. DeGrange Sr. (D-Anne Arundel County) told Kelly after her testimony.

Kelly asked if the committee had any idea when a vote might take place.

“It’s important to us this bill passes this year because we have elections coming up and lots of new legislators are coming in, so we want to make sure these policies are in place before the new legislators come in,” she said.

Also on Friday, lawmakers gave final approval to a plan to give Metro its full share of $167 million annuallyin new, permanent funding — meaning that for the first time since it was created in 1976, the system could have a dedicated funding stream.

The Maryland state Senate voted unanimously to approve the bill, which has also been endorsed by Gov. Larry Hogan (R) and House Speaker Michael E. Busch (D-Anne Arundel). In the Senate, the bill was celebrated as a bipartisan success.

“This is much needed,” state Sen. Andrew A. Serafini (R-Washington) said on the Senate floor. “This is a good bill . . . it’s fixed what needs to be fixed capital-wise, and it also put some things in there that will make us be assured that these problems will be fixed in the out years.”

Both Virginia and the District have already committed to provide their respective shares to the fund, which totals $500 million and which Metro says is necessary to ensure safety and reliability.

The House of Delegates originally considered a bill providing $125 million, and it then moved up to $150 million with agreement from Hogan. Senate President Thomas V. Mike Miller Jr. (D-Calvert) said last week that the Senate would approve the full $167 million. The bill will next go to Hogan’s desk. His office said last week he looks forward to signing it into law as soon as possible. 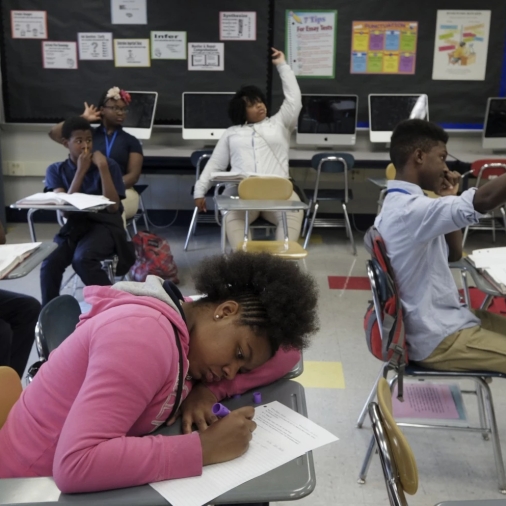