Former Maryland Delegate Michael Vaughn was not working a lone. Problems in Prince George’s county continues to occur. The county deserves new leadership and a breath of fresh air.  The culture of corruption and conspiracy must be cleaned out.
The only thing sadder than those who abused their political positions, are the complicit people who stood by in silence, putting their political careers ahead of the people. At the moment, District 25  continues to be the epicenter led by Delegate Dereck Davis.

Former Maryland State Del. Michael Vaughn was “stupid,” “unethical,” and financially “desperate,” but he did not sell his vote for cash. Instead, he thought he was receiving bundles of cash from liquor store owners as campaign donations, not bribes.

That was the defense his court-appointed attorneys put up on the first day of trial for the disgraced ex-lawmaker charged with voting to expand liquor sales in Prince George’s County in exchange for cash.

The proceedings Tuesday in U.S. District Court in Maryland offered the first time Vaughn has tried to explain why FBI agents allegedly caught him accepting thousands of dollars in cash from liquor store owners seeking a competitive business edge in the county that sits just outside the District.

Vaughn, 59, was charged last year with bribery and conspiracy in an alleged scheme that shocked Prince George’s County. The wide-reaching investigation included the use of secret wiretaps, the exchange of bundles of cash and an FBI raid on the offices of the local liquor board.

Vaughn and the government agree he accepted stacks of cash on four different occasions and that he took the money to solve his personal financial problems. But they disagree on Vaughn’s rationale for pocketing the cash.

As the trial opened, Vaughn’s attorney Teresa Whalen said her client never agreed to sell his vote for cash and that the 2015 legislation to allow the county to start selling liquor on Sundays would have passed without his influence.

“He never took cash to sell his vote,” Whalen said. “He was always going to vote for it.”

Prosecutors countered that Vaughn and the former chairman of the Prince George’s County liquor board, David Son, had hatched the pay-for-play scheme at a restaurant a block away from the statehouse in Annapolis: $20,000 in exchange for Vaughn’s help to advance legislation liquor store owners had been failing to get approved for years.

Vaughn had $30,000 in credit card debt and a dwindling bank account when he took the money, said Assistant U.S. Attorney Thomas Windom.

“It was a simple motive, but a strong one,” Windom said. “He was flat broke.”

The case against Vaughn spans 2015 to 2016, when he is accused of accepting five cash payments from liquor store owners Young Paig and Shin Ja Lee, according to the federal indictment. With chief liquor inspector Son as the go-between, prosecutors say Vaughn accepted bribes ranging from $2,000 to $5,000 each while promising to vote for bills that would expand liquor sales in Prince George’s or lobby against legislation that would hurt Paig’s and Lee’s businesses.

The Democrat from the county served in the Maryland House of Delegates for 14 years before resigning in January 2017 after the corruption probe became public. Vaughn cited health reasons for stepping down.

Vaughn would help Paig and Lee, but “he wasn’t going to do it for free,” Windom said.

According to Windom, Vaughn accepted cash payments of $2,000 to $5,000 on four different occasions: in the bathroom of a Starbucks bathroom a block from the statehouse, at a Safeway shopping center in Greenbelt, in the parking lot of a Panera in Bowie, and at a hotel restaurant in College Park.

“I understand I’ve dug myself into a hole,” Vaughn told FBI agents who confronted him after the cash exchange in College Park, according to Windom.

Whalen conceded that Vaughn violated campaign finance rules, which limit cash contributions to lawmakers to $100 over four years. She also said he should not have used campaign money to fund his personal expenditures, “but that is the end of his wrongdoing.”

“What he is guilty of is making it look like to an outsider that he was taking a bribe,” said Whalen, who is defending Vaughn along with William Purpura.

The trial is expected to take two weeks in the federal court in Greenbelt, Md.

Vaughn also has been charged with three counts of wire fraud in accusations he moved campaign funds around to hide that he was illegally using the money to cover personal expenses. A judge ordered a separate trial on the fraud charges to be held at a later date.

Seven others have pleaded guilty in the liquor board case, including Son, Lee, Paig and former state delegate William Campos (D-Prince George’s). 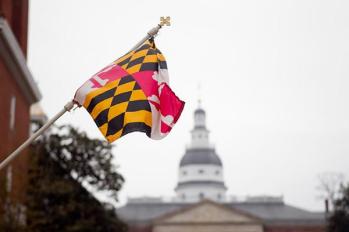 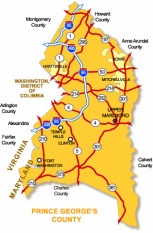