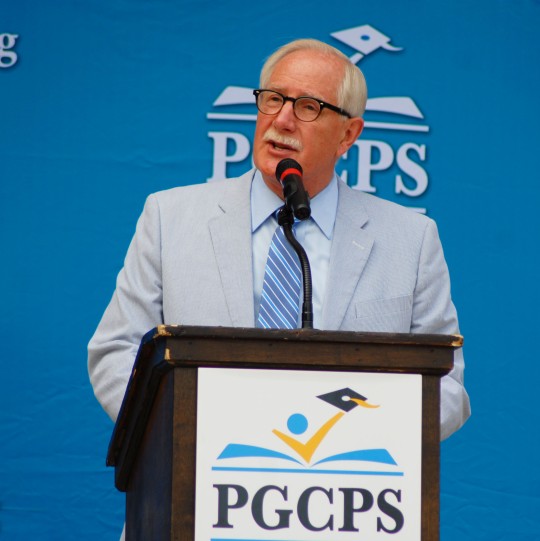 Kevin Maxwell, chief executive of the Prince George’s County school system, made a campaign contribution to a school board member during a period when he was being evaluated by the board.

The chief executive of the Prince George’s County school system contributed to the election campaign of a school board member as she and others were evaluating the CEO’s performance, according to recent campaign donation reports.

Kevin M. Maxwell, who has led the suburb’s public schools since 2013, gave $500 to the campaign of board vice chair Carolyn Boston on Dec. 21, while the school board was in the process of rating Maxwell’s work. The board committee evaluating him held one of its meetings Dec. 22, according to a document obtained by The Washington Post.

Maxwell, who has long enjoyed support from a majority of the school board, has come under fire amid an investigation of alleged fraud in district graduation rates. The contribution to Boston — and other donations — triggered fresh complaints directed at leaders in the state’s second-largest school system.

“I’ve never heard of a superintendent contributing campaign money to one of their board members, and the worst part is that Carolyn was on the evaluation committee,” said board member David Murray, who has been critical of Maxwell.

Maxwell, who is at a national meeting of school superintendents, declined to comment on the matter, a spokesman said Thursday.

It is unclear how often school superintendents make campaign contributions, but Damon Effingham, acting director of Common Cause Maryland, a watchdog group, said it can be problematic when money from top administrators flows to a board that oversees them.

“If you have someone who is contributing to the people who have oversight, it does raise concerns,” he said.

Boston, who faces election this year, said in an interview that she sought the advice of the district’s legal counsel two to three weeks ago and returned the donation, which accounted for more than 10 percent of her campaign contributions from late 2014 to early 2018.

She said the money did not affect her assessment of Maxwell’s performance.

“It never crossed my mind,” she said. “I never associated the two.” She said that when she was told it might look unethical, “the money was returned.”

The evaluation of Maxwell began last fall and concluded with a vote to approve the evaluation a couple of weeks ago, several board members said.

Maxwell’s donation to Boston’s campaign was one of six he made in November and December. They included $2,000 to the gubernatorial campaign of County Executive Rushern L. Baker III (D), who appointed Maxwell to his post and reappointed him last year.

Board Member Carolyn Boston has now returned the $500 to Maxwell in a suspicious manner after being exposed. Ms. Boston needs to  Give all the money back!

The donations came to light after two parents with students in district schools — Keisha Chase and Yolanda Rogers — wrote this week to the State Ethics Commission to complain about alleged ethics violations, saying “the culture of pay to play, kickbacks, you scratch my back and I’ll scratch yours must end if we are ever going to provide a quality education for our children.”

Michael W. Lord, executive director of the commission, said the panel has no jurisdiction over ethics complaints involving school boards or their employees. Those matters are considered under regulations adopted by each of the state’s 24 school systems, he said.

Told of jurisdiction issues, the two parents said they planned to bring the allegations to the Maryland State Board of Education and Gov. Larry Hogan (R). The parents said they had become increasingly concerned about district scandals. Both have children at DuVal High School, where several staff members have been removed amid violations regarding grading and graduation.

“We will continue to move forward,” Rogers said.

School board member Sonya Williams. Her father is a judge and it appears she is being used to quash things in Prince George’s County anytime they go to court or get sued.  Sonya has received more than $7,000 from Delegate Dereck Davis. She needs to  Give all the money back!

The ethics complaint also focused on a $3,000 contribution from a state lawmaker to school board member Sonya Williams. That donation came from a committee working on behalf of Del. Dereck E. Davis (D), who is married to Maxwell’s deputy superintendent, Monique Davis.

“How is it acceptable or ethical for Ms. Williams to accept 99.8 percent of her campaign money from the deputy superintendent’s husband?” the letter asked.

Williams could not be reached for comment by email or phone this week.

Dereck Davis said the $3,000 came from funds related to his aborted campaign for Congress, and he gave it to Williams because they have been friends for 35 years. “She is a competent and talented member of our community . . . and my support for her was so that she could continue to do great things for the children of Prince George’s County,” he said.

Davis’s wife is listed as his chairwoman in records for his state campaigns, but the lawmaker said his wife did not hold a similar position during his congressional bid and has had no role in his campaign’s spending decisions.

The Davises have “two separate and distinct careers,” he said.

Similar points were echoed in a statement by Monique Davis. “While I have been listed as the chairman of his state campaign account for nearly 20 years, for all practical purposes that designation just fulfills a legal requirement for the Maryland State Board of Elections,” she said. “All spending decisions are made by him and his campaign team.”

“It’s an inappropriate interaction,” said Raaheela Ahmed, a school board member who is part of the board’s minority bloc. “We are supposed to be overseeing system leadership, and I think it’s our duty to do that as impartially as possible — or at least without financial influence. Money should not be in the equation at all.” 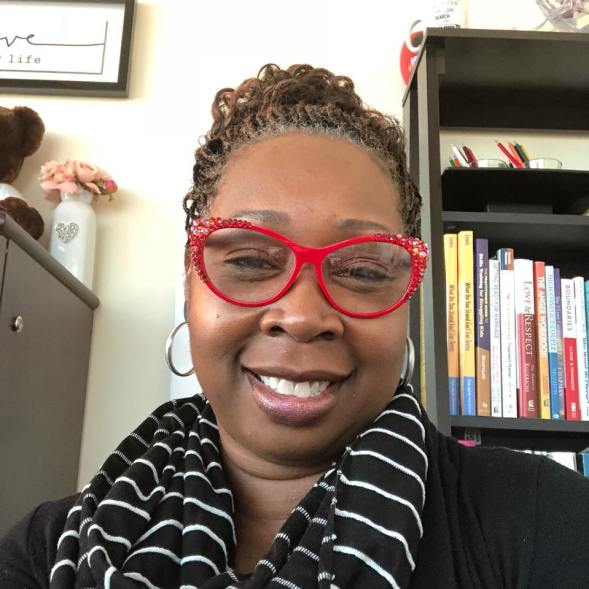 Keisha Chase and Yolanda Rogers (shown here) — wrote this week to the State Ethics Commission to complain about alleged ethics violations, saying “the culture of pay to play, kickbacks, you scratch my back and I’ll scratch yours must end if we are ever going to provide a quality education for our children.”

Delegate Dereck Davis (chairman of economic matters in Maryland) is said to be the force behind the scenes to derail progress in PGCPS so that his wife can benefit from the fiasco and derailment for personal gain. Davis must go home from the Maryland legislature by electing new leaders to replace him. Dereck Davis is married to Deputy Superintendent Monique Davis