After a long court fight in Houston, the school district agreed not to use value-added scores to evaluate teachers, because it was unable to explain what the algorithms for evaluating teacher performance meant or how they were calculated. The district also agreed to pay the lawyers’ fees for the Texas AFT, which fought the use of VAM.

What is the purpose of unions? To fight for the rights of teachers. No individual teacher (unless married to a lawyer) could have pursued this remedy on his or her own. The union had the resources to protect teachers from an unfair, nonsensical, illegitimate way of evaluating their teaching.

By the way, the courts in Houston were a lot wiser than the courts in Florida, which upheld the practice of evaluating teachers based on the test scores of students they do not teach in subjects they do not teach. The court in Florida said it was “unfair,” but constitutional. How can it be constitutional to have your teaching license depend on the work that others do, in which you have no part at all? 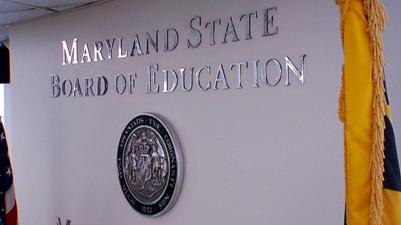 In Maryland, the situation is a bit different with families in the receiving end.  The State and Federal courts are engaged in major cover ups driven by special interest in which Maryland citizens, teachers themselves, other staff, students and their families are in the receiving end due to public corruption driven by widespread fraud.

It is now clear that the same criminal enterprise that perpetuated the fraud in the Prince George’s County for many years in Maryland for personal gain is firmly in charge of the various institutions and setting up even more lethal mechanisms to defraud the American voter. The Prince George’s County and Baltimore city are the epicenter and Maryland Governor was made aware a long time ago.

Once the unions pay off corrupt elected officials in Maryland, it is a usual cover up through the system in which Attorneys hired by teachers and staff are bribed in a clear case of misconduct and unfairness to the system as well as the wider population. In the next few weeks, we will be engaging (you) the public and the teachers themselves to get involved for your own good to create accountability.

We are also requesting new leaders—participants to raise up and take the challenge to run for public offices within the state.  There is need to initiate grassroots work and collaborative projects with proper  scope and objectives to fight corruption from grounds up. These civic and local community projects ought to be launched across Maryland to include the Sunday Reset Project, a monthly event to promote healthful living.

HOUSTON—In a huge victory for the right of teachers to be fairly evaluated, the Houston Independent School District agreed, in a settlement of a federal lawsuit brought by seven Houston teachers and the Houston Federation of Teachers, not to use value-added scores to terminate a teacher as long as the teacher is unable to independently test or challenge the score.

Value-added measures for teacher evaluation, called the Education Value-Added Assessment System, or EVAAS, in Houston, is a statistical method that uses a student’s performance on prior standardized tests to predict academic growth in the current year. This methodology—derided as deeply flawed, unfair and incomprehensible—was used to make decisions about teacher evaluation, bonuses and termination. It uses a secret computer program based on an inexplicable algorithm: = + (Σ∗≤Σ∗∗ × ∗∗∗∗=1)+ .

In May 2014, seven Houston teachers and the Houston Federation of Teachers brought an unprecedented federal lawsuit to end the policy, saying it reduced education to a test score, didn’t help improve teaching or learning, and ruined teachers’ careers when they were incorrectly terminated. Neither HISD nor its contractor allowed teachers access to the data or computer algorithms so that they could test or challenge the legitimacy of the scores, creating a “black box.” In May 2017, the federal district court in Houston issued a decision stating that, “HISD teachers have no meaningful way to ensure correct calculation of their EVAAS scores, and as a result are unfairly subject to mistaken deprivation of constitutionally protected property interests in their jobs.”

HFT President Zeph Capo said: “This victory should mark the end of a destructive era that put tests and a broken evaluation system over making sure our students leave school well prepared for college, career and life. As a practical matter, this ends the use of value-added to terminate teachers in HISD because the district does not have a contractor that is willing or able to meet the constitutional due process standards spelled out by the court.”

Daniel Santos, one of the plaintiffs and an award-winning sixth-grade teacher at Navarro Middle School who was rated ineffective by the flawed EVAAS method, was elated with the settlement.

“I have always been devoted to my students and proud of my teaching skills. Houston needs a well-developed system that properly evaluates teachers, provides good feedback and ensures that educators will receive continuous, targeted professional development to improve their performance,” Santos said.

American Federation of Teachers President Randi Weingarten said the agreement not to use value-added measures for this purpose is the latest nail in the coffin of using tests as a punitive tool. The Every Student Succeeds Act, the federal education law that replaced the No Child Left Behind Act, eliminated the emphasis on test scores.

“Testing and EVAAS don’t measure critical or analytical thinking skills, don’t allow for engaging learning, and certainly don’t improve or create joy in teaching or learning. Instead of value-added methods, let’s value what kids really need: attention to their well-being, engaging and powerful learning, a collaborative school environment, and opportunities for teachers to build their skills throughout their careers,” Weingarten said.

In addition to agreeing to restrict its use of value-added measures, including EVAAS scores, the school district agreed to create an instructional consultation panel—with representatives from the district and the faculty—to discuss and make recommendations on the district’s teacher appraisal process. The settlement also requires HISD to pay Texas AFT $237,000 for attorney’s fees and expenses related to the lawsuit.