Isabel FitzGerald, who was secretary of the Department of Information Technology in 2013 and 2014, is accused of pressuring a company, identified in the indictment only as “Company #1,” which had contracts worth almost $360 million with a state agency, to subcontract with an Indiana IT firm. The indictment says the alleged conspiracy began in 2011.

In turn, FitzGerald and a man with whom she is described in the indictment as having a “close personal relationship” are accused of taking one-third of the profits the subcontractor made in the deals.

The charges stem from an FBI investigation that court documents indicate was ongoing while O’Malley was still in office. The former governor could not be reached for comment Wednesday.

FitzGerald, 47, did not have a lawyer listed in court records and could not be reached for comment Wednesday. She is due in court Oct. 6, the U.S. attorney’s office in Baltimore said.

FitzGerald held several IT and senior management positions in what was then called the Department of Human Resources, joining the government after a long career at a private consulting company. FitzGerald was given the job of fixing Maryland’s Obamacare insurance exchange, which was plagued with problems when it launched in 2013.

The indictment outlines a conspiracy that allegedly centered on a relationship among FitzGerald; a Riva man named Kenneth Coffland; two executives and shareholders at the Indiana IT firm, Steven Maudlin and James Pangallo; and Company #1.

FitzGerald and the three men all face conspiracy and bribery charges. None of the men could be reached for comment and didn’t have lawyers listed in court records.

The Indiana company, The Consultants Consortium, issued a statement saying it was disappointed by the announcement of the federal charges.

“While we do not have access to all of the information gathered as part of an investigation into a former government official, we believe the two officers in question acted lawfully and ethically at all times,” the statement read.

The statement described the company as a minority-owned business that worked successfully with public and private customers across the country.

In December 2011, the alleged scheme nearly failed to get off the ground, according to court documents.

But investigators said FitzGerald, then a consultant to the state human resources secretary, intervened, drafting an email she told a department official to send to Company #1 that read in part: “To be very clear, the deal needs to go as we agreed.”

At other points, FitzGerald is accused of threatening Company #1, saying she would have its contracts canceled if it didn’t send work to Maudlin and Pangallo’s business. One of the deals FitzGerald allegedly engineered was worth almost $24 million over six years.

Investigators say FitzGerald and Coffland tried to conceal that they were benefiting from the deals by routing the money through companies they incorporated and attempting to make it look as if they were legitimately supervising workers involved in the state IT contract.

While she worked as the deputy human resources secretary in 2013, FitzGerald is also accused of directing an executive at Company #1 to rehire Coffland and place him in a $500,000-a-year position — more than double what he had earned when he worked for the company previously.

The indictment does not make any specific accusations about FitzGerald during the time she headed the Department of Information Technology.

When she took on the job of IT secretary, O’Malley praised her work at the human resources department, saying in a statement that she had improved data security and helped some of Maryland’s worst-off residents.

“With her exceptional talents, skills and experience, I am confident that the [IT] department will flourish under her leadership,” he said.

O’Malley Administration IT Agency Head Indicted on Bribery Charges –  When Former Governor O’Malley and his family moved out of the mansion in January, they left with most of its taxpayer-purchased furnishings — 54 items that he bought at steep discounts because every piece had been declared “junk” by his administration.
O’Malley and his wife, Baltimore District Judge Catherine Curran O’Malley, paid $9,638 for armoires, beds, chairs, desks, lamps, mirrors, ottomans, tables and other items that originally cost taxpayers $62,000, according to documents obtained by The Baltimore Sun. 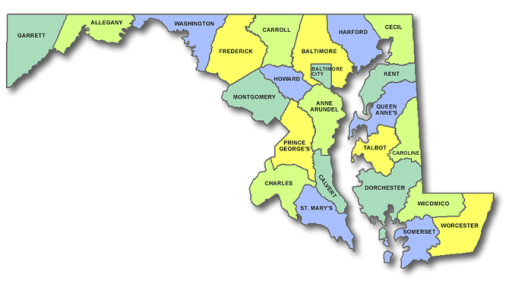