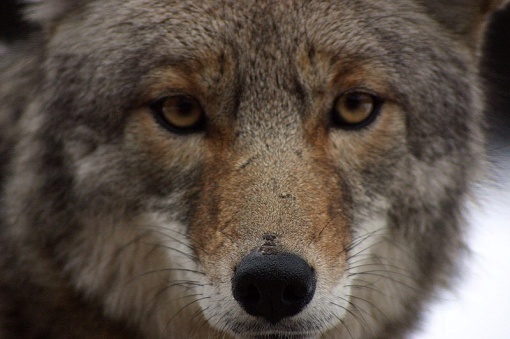 The coyote (US Canis latrans), also known as the American jackal, brush wolf, or the prairie wolf, is a species of canine found throughout North and Central America, ranging from Panama in the south, north through Mexico, the United States, and Canada. It occurs as far north as Alaska and all but the northernmost portions of Canada. Currently, 19 subspecies are recognized.

The coyote evolved in North America during the Pleistocene epoch 1.8 million years ago (mya), alongside the now extinct dire wolf. It fills roughly the same ecological niche in the Americas that is filled in Eurasia and Africa by the similarly sized canids called jackals, among which the coyote is sometimes counted. Its closest living relative is however the gray wolf, which affects coyote populations both by harsh intraguild predation and occasional interbreeding; the eastern coyote (Canis latrans var.) contains significant percentages of Canis lupus lycaon ancestry.Unlike the wolf, the coyote’s range has expanded in the wake of human civilization, and coyotes readily reproduce in metropolitan areas. 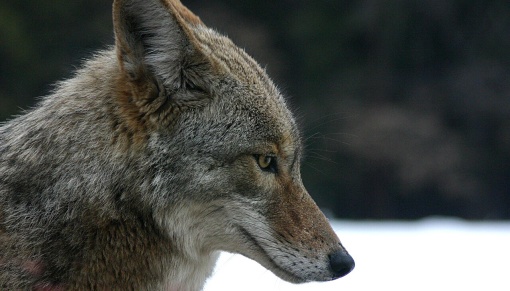 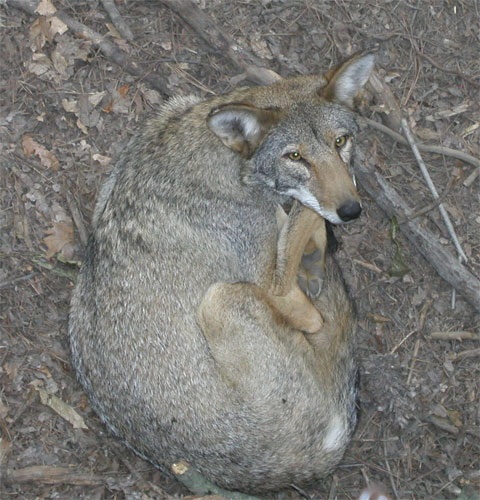 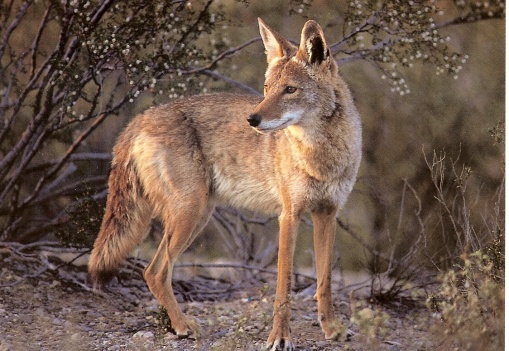 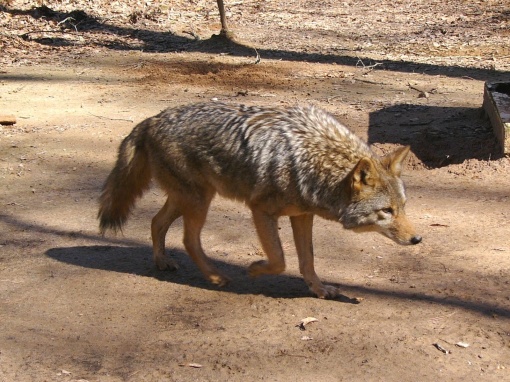 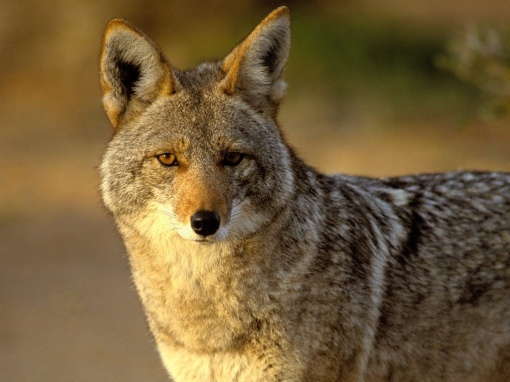 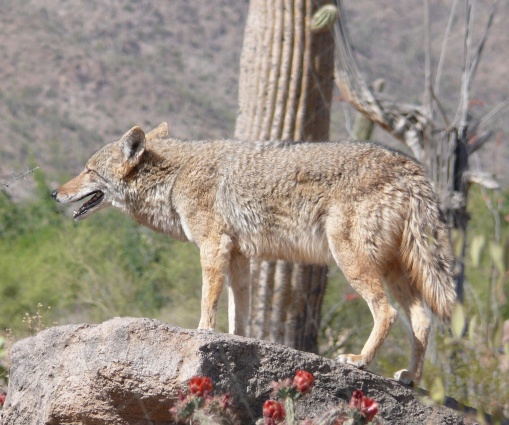 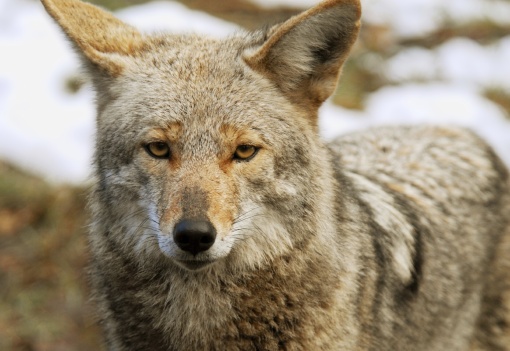 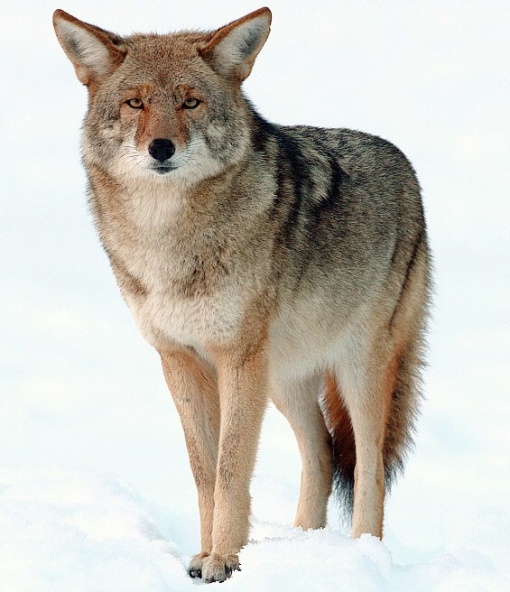 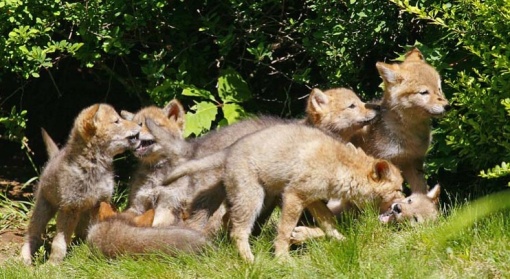 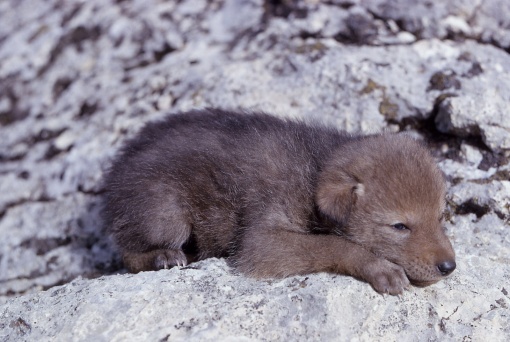 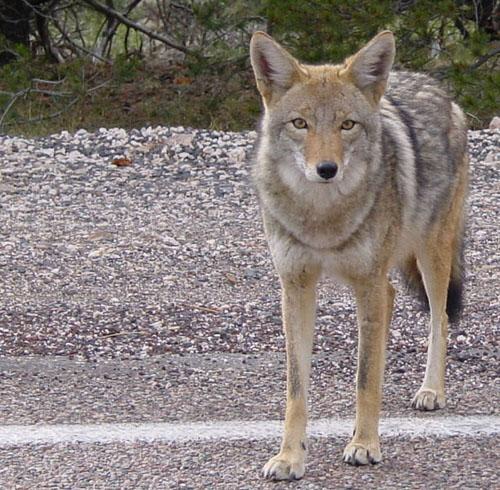 The coyote appears often in the tales and traditions of Native Americans—usually as a very savvy and clever beast. Modern coyotes have displayed their cleverness by adapting to the changing American landscape. These members of the dog family once lived primarily in open prairies and deserts, but now roam the continent’s forests and mountains. They have even colonized cities like Los Angeles, and are now found over most of North America. Coyote populations are likely at an all-time high.

These adaptable animals will eat almost anything. They hunt rabbits, rodents, fish, frogs, and even deer. They also happily dine on insects, snakes, fruit, grass, and carrion. Because they sometimes kill lambs, calves, or other livestock, as well as pets, many ranchers and farmers regard them as destructive pests.

Coyotes are formidable in the field where they enjoy keen vision and a strong sense of smell. They can run up to 40 miles (64 kilometers) an hour. In the fall and winter, they form packs for more effective hunting.

Coyotes form strong family groups. In spring, females den and give birth to litters of three to twelve pups. Both parents feed and protect their young and their territory. The pups are able to hunt on their own by the following fall.

Coyotes are smaller than wolves and are sometimes called prairie wolves or brush wolves. They communicate with a distinctive call, which at night often develops into a raucous canine chorus.

Conservation status:
The Coyote has a wide distribution throughout North America, Mexico and into Central America. They are abundant throughout their range and are increasing in distribution as humans continue to modify the landscape. The species is very versatile, especially in their ability to exploit human modified environments.
History:
2004 – Least Concern
Did you know?

Coyotes are very good swimmers. In areas of the northeast United States, where coyotes have migrated since the 20th century, the animals have colonized the Elizabeth Islands of Massachusetts. 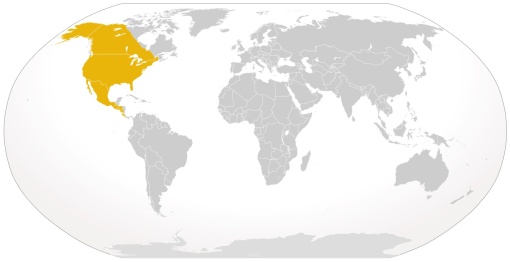