In the year that the Brown v. Board of Education decision turns 60, a new report from the Southern Poverty Law Center says that states too often omit the civil rights movement from officially mandated school curricula.

In “Teaching the Movement 2014: The State of Civil Rights Education in the United States,” the center has assigned grades to each state based on the depth and breadth of their coverage of the subject.

Pennsylvania, New Jersey, and Delaware each received a “D.”

“There are parts of our history that everybody needs to know,” said  Maureen Costello, director of the Southern Poverty Law Center’s. “When we educate students for citizenship we want them to know how they can affect change, and be leaders in their own right as adults, and the civil rights movement is essential for that…this is history that’s up close and recent, and not yet entirely resolved.”

Maryland, North Carolina, Alabama, Virginia, Oklahoma, California, New York and Florida received ‘B’s.’ However, the B grade received by Maryland in particular is suspicious given what has been going on with the top Education leadership within the state of Maryland.  Clearly, miraculous sudden improvements in dealing with discrimination issues while covering up the status quo is likely the result of outright fraud or a rigged evaluation system designed to produce desired results especially for Maryland as we know it.

Twenty states received ‘F’s,’ including five states—Alaska, Iowa, Maine, Oregon and Wyoming—that “neither cover nor support teaching about the movement.”

To be clear, these grades aren’t based on what potentially ends up being taught in classrooms. Instead, it gauges how much value the state’s department of education puts on teaching the content.

“It’s very hard to know what people are doing in classrooms,”  Maureen Costello said. “What we were looking at is: What are the messages that states are sending to teachers and students about the emphasis that they put on civil rights.'”

In keeping with the trend of teaching skills, not content, Pennsylvania and Delaware provide no specifics on exactly what history needs to be taught.

New Jersey proscribes lessons on the Rev. Martin Luther King Jr. in its mandated curriculum, but demands no greater context of the genesis of the grassroots movement around him.

“We think the resources leave too much in the hands of individual teachers, schools and districts,” said Costello. “We do encourage states to step up to the plate and make their expectations about what should be taught clearer. … You can’t apply those skills in a vacuum.”  >>> Read more 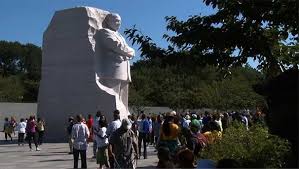